Mark Norwood was found guilty this afternoon for the January 1988 murder of Debra Baker. Twelve jurors reached their decision after just under two hours of deliberation. Norwood has been sentenced to life, which runs concurrent with the life sentence he received when he was found guilty in 2013 of Christine Morton’s 1986 murder. 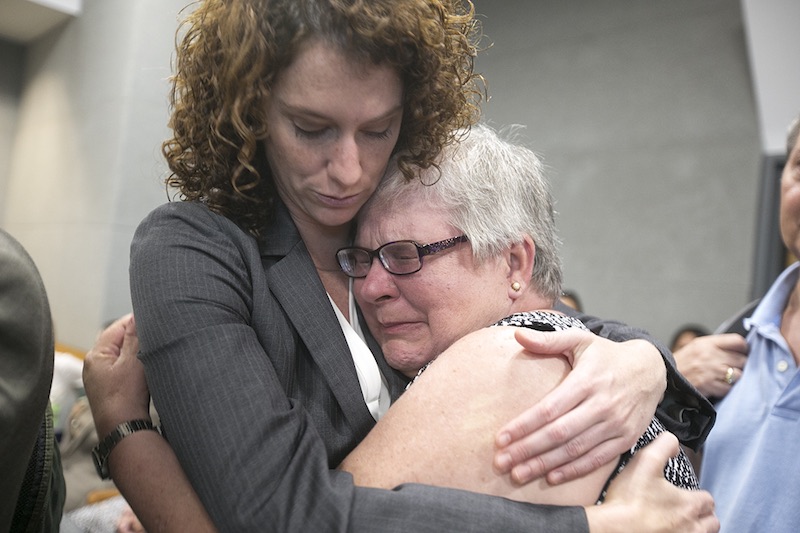 The verdict arrives after 10 days in Judge Julie Kocurek’s 390th District Court, a courtroom filled with family members from both sides and members of nearly every local media outlet since the trial began Sept. 12. Norwood sat alongside his defense team in street clothes throughout the trial, largely expressionless, save for a small tic of his jaw and a furrow of his brow. 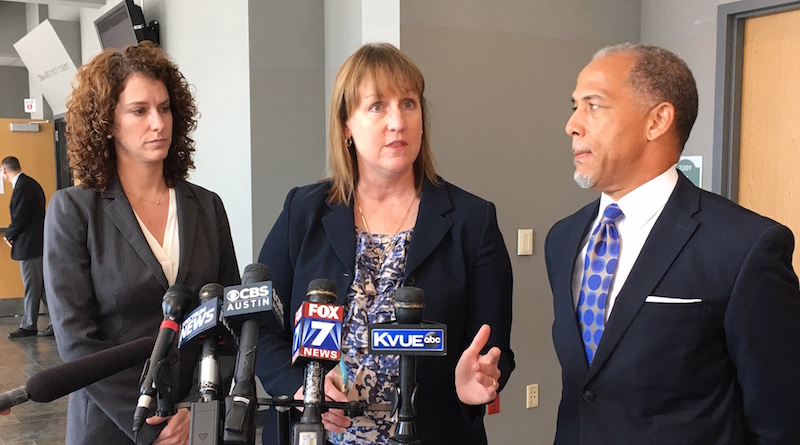 Norwood, 62, was convicted on the circumstantial evidence determining that one hair found at the scene of Baker’s murder carried his DNA. That, tied up along with strands of DNA evidence found on a blue bandana found within 150 yards of Morton’s home two years prior, proved enough to secure a verdict. For the Baker and Morton families, the decision puts to rest two gruesome and intimate murders that have gone unsolved for three decades. 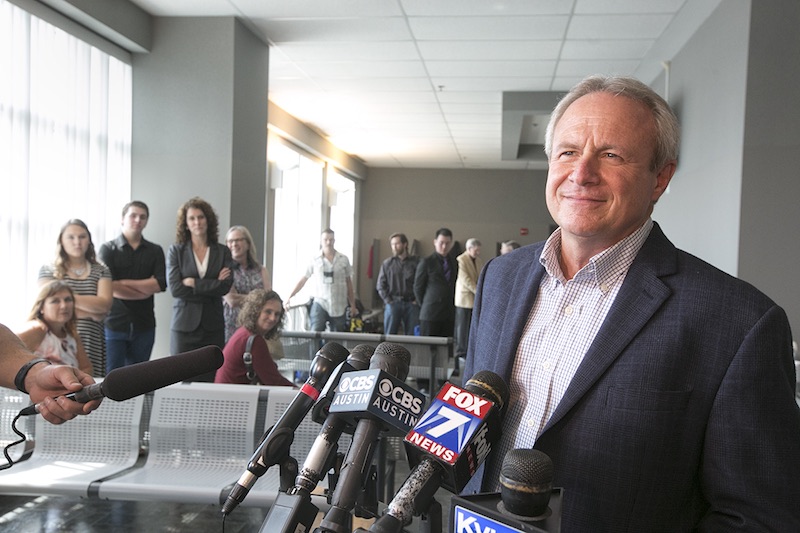 Mark Norwood was already serving a life sentence for Christine Morton's murder prior to today's sentencing. Michael Morton (pictured) was originally, wrongfully convicted of his wife Christine's murder and was eventually exonerated after nearly 25 years in prison. (photo by Jana Birchum)

In the courtroom following the verdict, Norwood declined to make any statement. Debra Baker's daughter Caitlin, who was 3 at the time of her mother's murder, read a statement, speaking directly to Norwood. 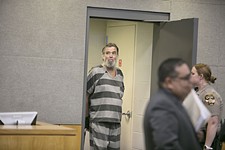 Norwood Trial: Morton Murder at Stake Monday
Judge to determine whether or not to allow testimony of second killing