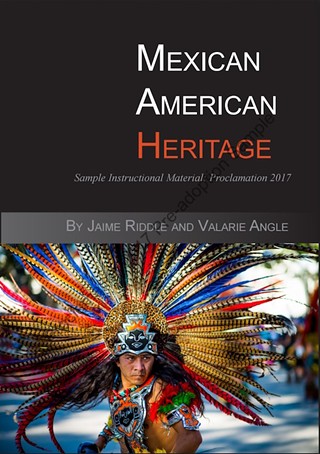 One week after the Texas State Board of Education held a public hearing on a controversial Mexican-American studies textbook, recently released e-mails reveal board member David Bradley, R-Beaumont, wants to “deny the Hispanics a record vote” in November when the SBOE decides whether or not they’ll accept the severely flawed book.

Latino scholars and advocates have deemed the proposed book racist and deeply flawed. One passage refers to Mexican laborers as “lazy” while another suggests Chicanos wanted to “destroy” Western civilization. A committee comprised of educators discovered more than 140 errors, including factual omissions in the text. Just this week, the American Historical Association expressed their "deep concern" with the books. Before the public hearing on Sept. 13, hundreds of activists, lawmakers, and academics held a rally to passionately urge the SBOE to reject the hotly offensive literature they see as an attempt to erase their history and heritage.

While some Republican board members expressed dissatisfaction with the Mexican American Heritage book, e-mails obtained through a Public Information Act request by progressive education watchdog Texas Freedom Network highlight one right-wing conservative member’s desire to strip Latinos of seeing the textbooks voted against.

In an exchange with moderate Republican Thomas Ratliff, R-Mount Pleasant, Bradley indicates that he would prefer to prevent giving critics of the book the pleasure of witnessing the text voted down. According to TFN, Bradley suggested that the board members could just leave and skip the vote altogether. “A lack of a quorum on [sic] would be nice. Deny the Hispanics a record vote. The book still fails,” Bradley writes.

Previously, Bradley slammed advocates of the ethnic studies course for criticizing the book, calling them “left-leaning, radical Hispanic activists” who have “pounded the table for special treatment.” Bradley voted along party lines with former far-right SBOE member Cynthia Dunbar while she was serving on the board. Dunbar now leads the book publishing company that printed the book in question.

The e-mails also confirm a statement made by board member Ruben Cortez, D-Brownsville, who claimed during last week’s rally that he was on the receiving end of hate-filled messages for his activism against the book. With the subject line “Cry baby Mexicans” one e-mailer wrote, “You well know that the Dumbocrats are the inventors of racism (i.e. KKK). You sound like another whining Mexican; nothing is ever to your liking.”

The publisher is expected to respond to recommendations for changes to the textbook in October. The board will decide whether or not to adopt the textbooks for the 2017-18 school year in November.

Juneteenth Parade & Festival
Salina & MLK Jr. Blvd.
Pride Brunch at The Far Out at The Far Out Lounge & Stage
Juneteenth but Make It Queer at Cheer Up Charlies
MUSIC | MOVIES | ARTS | COMMUNITY
NEWSLETTERS