Norwood Trial: Breaking Down the DNA

No sooner had jurors been given the opportunity to learn about the known details of Debra Baker’s death were they briefed on a series of crimes committed months prior to the murder by her suspected killer. 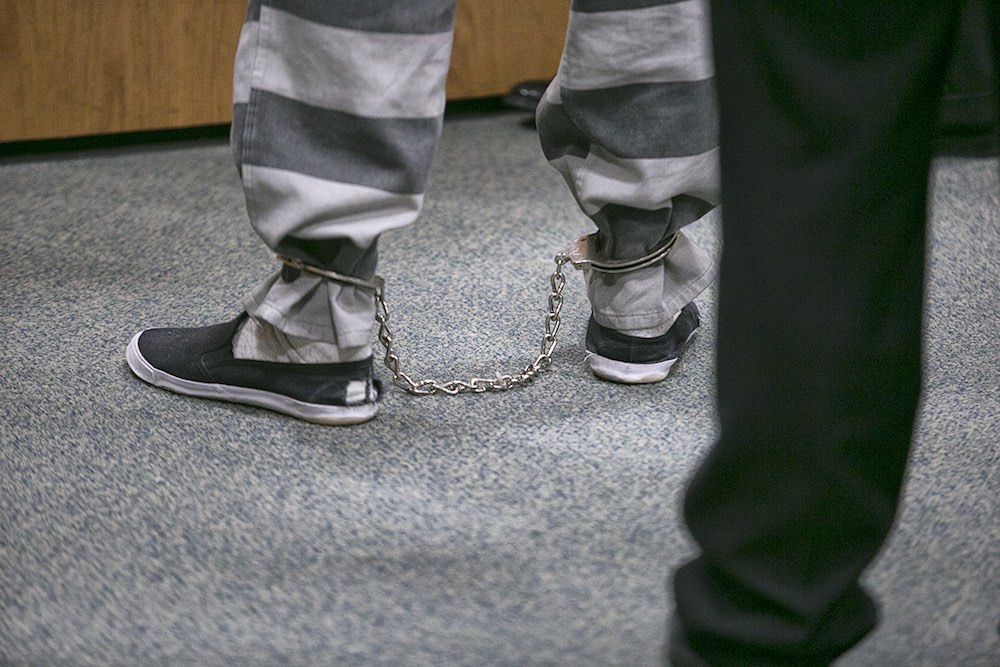 Mark Norwood at a preliminary hearing in August, 2016 (photo by Jana Birchum)

Prior to the jury’s arrival on Wednesday morning, District Judge Julie Kocurek agreed to let the state present evidence on three burglaries that took place in the same Brentwood neighborhood where Baker had been killed the summer before her death. (Prosecutors sought approval to discuss a fourth case, an auto theft, which Kocurek denied.) Mark Norwood was arrested for each burglary; presumably, prosecutors presented each case in hopes that they could establish somewhat of a habitual pattern of theft to strengthen their argument that Norwood was at one point inside of Baker’s home. A VCR had been reportedly stolen from Baker’s home on the night of the murder. Kocurek advised jurors prior to Wednesday morning’s discussion that they should “only consider” evidence of the burglaries “for the purpose of determining intent, motive, or opportunity.”

The prosecution called six witnesses: three members from one family, two sisters who lived together, and one woman, Nell Osmar, who lived with her husband. Each had their own story of torment at the hands of Norwood; of Norwood’s ransacking their homes of electronics and appliances; of how they’d look out their windows in days prior to each burglary to see Norwood lurking around them. From there, prosecutors called Jerold Siedel, a retired officer from the Austin Police Department’s Burglary Unit, to testify to his investigations into each burglary. Siedel noted the lack of evidence at each crime scene and testified to an anecdote about how “burglars are opportunists” who often raid homes with unlocked doors and open windows. “They want the easy way in,” he said. “They don’t want to be seen or heard, because they fear the consequences if they get caught.” (Siedel also at one point blurted out that he considered burglars “one step away from murderers,” an opinion that was quickly objected to by Norwood’s defense team and stricken from the record. Kocurek advised the jury to forget he even said it.)

Deliberations took a quick turn into the scientific shortly after that. Beginning Wednesday afternoon’s testimony, the prosecution called Irma Rios, a lab worker at the Houston Forensic Science Center who was working at the state’s Department of Public Safety at the time of Baker’s murder. Rios was sworn in as an expert witness in the trial and registered as one of four witnesses who would speak to the science of DNA during Wednesday and Thursday proceedings. She spoke to the process of hair study during the Eighties and what sort of conclusions could be made with follicles found at a crime scene. Three hairs were taken from Baker’s home as evidence: two from her bed and one from a blue towel in the bathroom. The prosecution has made clear that they intend to earn Norwood’s conviction on the DNA contained within those hairs.

Former Travis County Medical Examiner Roberto Bayardo was brought in after that. He spoke to the condition of Baker’s body and the trauma she’d endured. He noted injuries to the left side of Baker’s face and defense wounds near her hands. Bayardo said that Baker died after a fracture to her skull. From his findings, he concluded that she was killed by blunt force from a metal rod – though the metal rod was never found, and there was no mention of the blood-stained bat found at the scene.

Wednesday’s final witness, DPS Crime Lab manager Melissa Valadez, had only begun her testimony when Kocurek broke the day’s proceedings. The courtroom reconvened absent the jury on Thursday’s morning; defense attorneys Brad Urrutia and William Browning questioned Valadez on the contents of her testimony and what exactly she would be talking about. At issue was whether she would testify to hair categorization – that is, the determination of whether a hair came from the head, body, or pubic region – or hair comparison, how the recovered hairs matched up to samples taken recently from Norwood. Permission was granted for Valadez to testify to the former. Her analysis concluded public hairs were left behind.

After Valadez’s testimony, former DPS worker Theresa Francis spoke to tests she ran in the late Eighties identifying only one of the three hairs – one taken off the comforter of Baker’s bed – as having any sort of matchable profile. After lunch, the state brought in Allison Heard, currently an employee with DPS. Heard said on the stand Thursday that she re-tested that identifiable hair this week in comparison to Norwood’s known sample and found the two follicles to hold consistent DNA identifiers at 10 of 16 possible locations. The probability of that happening with a Caucasian, Heard said, was 1 in 377.2 billion.

Thursday also saw testimony from Judy Norwood, Norwood’s ex-wife, ten years his junior, who moved to Austin with him from Nashville and bore a son with him before the two split up. Judy was subpoenaed to the court from Tennessee, where she now lives, and was quick to note that she did not want to be there. (Norwood apparently did not want his ex-wife there, either. During testimony, details emerged about a letter he sent to their son, asking that he relay a message to Judy advising her against traveling to Texas for the trial because “things could get pretty nasty.”) Judy spoke Thursday to the long line of burglaries Norwood committed during their time living together in Brentwood and recounted the “nightly walks” he’d often go on – usually, she surmised, to commit those burglaries. Norwood’s attorneys reminded Judy that Norwood was also recovering from knee surgery and would go on the walks to stretch his knee out.

The jury also heard testimony from retired APD Detective Bruce Boardman, who was working with the robbery unit in 1988 when homicide detectives asked him to assist with the Baker murder. Boardman recounted an episode the day after the murder when he and another detective drove past the house on Justin Lane that Norwood was living in and noted Norwood and three other men getting out of a car appearing “a little suspicious.” The day closed with testimony from current APD Homicide Detective Jerry Bauzon. Bauzon was working with APD’s Cold Case unit when Norwood became identified as a significant suspect in Baker’s murder. The court heard a lengthy interview conducted by Bauzon and his partner Mark Gilchrist of Norwood at Norwood’s mother’s Bastrop home in 2011.

Kocurek interrupted Bauzon's testimony midway through to comply with a need to end Thursday's hearing at 4:30pm. The detective will retake the stand when Norwood's trial continues Friday morning.

Read Chase Hoffberger's report from the first day of the Norwood trial.