The Cost of Clearing the Rape Kit Backlog

The Austin Police Department further committed to clearing its backlog of sexual assault forensic evidence (SAFE) kits, telling City Council during a Monday budget planning session that it will reallocate pre-existing funds to pay for 482 kits to be tested at a private lab. 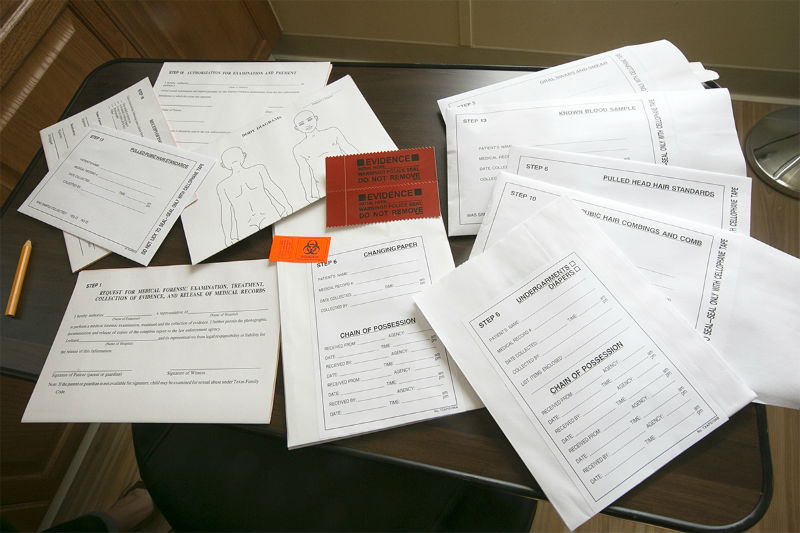 APD estimates that testing for the 482 kits will cost $433,800, should they be tested at Sorenson Forensics in South Salt Lake, Utah – the lab APD currently keeps under contract. Each test costs $900 to carry out. The department is also holding untested evidence from 117 other rape cases that don't involve SAFE kits. Outsourced testing for that evidence could cost the department $3,050 per case. APD has hinted that it will most likely wait until its crime lab reopens (current projections point to February 2017) to test those pieces of evidence. Council has earmarked $1.4 million in next year’s budget for staffing the crime lab: seven analysts and one supervisor. Previously, the lab was able to test roughly 40 cases each month, though it’s often taking in more than that in new cases every month.

The 482 untested SAFE kits comprise the total amount compiled by APD since 2011, with the exception of all cases opened in 2012. Those have already been shipped off to Sorenson as part of a grant program through the New York County District Attorney’s Office (DANY) Sexual Assault Kit Backlog Elimination Grant Program . The program provides funding for backlogged kits – untested kits that have been sitting around for a year or longer. APD has already lined up 3,500 cases dating back to 1990 through DANY funding. The department estimates that additional kits could get tested through DANY “once the predetermined number of kits have been completed,” if money is still left over.

The $433,800 figure is significantly lower than the number being thrown around earlier this month. Last Monday during a meeting of the Public Safety Commission, APD Chief of Staff Brian Manley and other department officials estimated that clearing the backlog would cost $5.6 million. (The Commission approved a resolution recommending that City Council find that amount of money in its budget.) That figure, the Chronicle was told on Monday, was based on an APD estimate that each test would cost $4,000 – presumably $900 plus $3,050. The crime lab’s backlog of total cases currently sits at roughly 1,400.

It’s not yet clear where exactly the necessary funds will come from, only that APD plans to pay for testing with funds it already has in pocket (and not, say, out of an increase in next year’s budget). Manley hinted that a definitive answer could come this week. On top of its standard budget, the department has a few grants and forfeiture funds that it can pull from, some of which require federal approval.