Police Chief Art Acevedo suspended patrol officer Cameron Caldwell for 45 days on Tuesday for pepper spraying an arrestee after the individual had already been handcuffed and placed inside a prisoner transport van Downtown.

The incident occurred on March 17, the second Friday of South by Southwest, shortly after Caldwell picked up 25-year-old Tyrone Wilson for public intoxication. Wilson was waiting inside the PTV outside of the Caritas booking station on Seventh Street and Neches when he decided to kick the back door of the van several times. Apparently tired of Wilson’s antics, Caldwell opened the door to the PTV and proceeded to spray Wilson in the face with pepper spray.

Caldwell’s pepper-spraying was caught on camera by a member of the Peaceful Streets Project and posted onto the local cop-watch group’s YouTube page that weekend. (Video embedded below; the pepper-spraying happens at 3:40.) Though the incident was also captured by the PTV’s in-car video camera, Acevedo acknowledged in Caldwell’s disciplinary memo that Peaceful Streets’ video brought Caldwell’s spraying into the public eye, as it got replayed on both local and national news: The incident, he said, “brought discredit upon Officer Caldwell, the Austin Police Department, and the city of Austin.”

Acevedo also noted in his memo how “Wilson was seated in the PTV and was not kicking the door and was not violently or aggressively resisting” when Caldwell opened the door and sprayed him. He concluded that Caldwell’s use of the spray was “not objectively reasonable” and that Caldwell “had other lesser means of controlling the subject readily available to him,” something to which Caldwell agreed during his Tuesday morning hearing.

In addition to the 45-day suspension, Caldwell has agreed to an evaluation with a staff psychologist, and to comply with any recommendations the psychologist makes after assessment. Caldwell also agreed to a one-year probationary period to begin the day he returns to service – Oct. 14 – and will not be afforded the option to appeal.

This is the second time in four years of service that Caldwell has faced public discipline at APD. In Aug. 2013, he was suspended for one day after violating the department’s policy pertaining to storage of firearms. Caldwell was just wrapping up a mountain biking session in Walnut Creek Park and transferring items from his backpack onto the tailgate of his truck when a citizen noticed Caldwell possessed an unsecured gun and alerted 9-1-1. 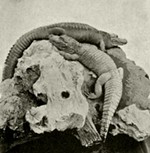