In a special-called noon work session today, City Council is poised to approve a settlement recommendation between Austin Energy and 20 stakeholders – from major commercial customers to environmental advocacy groups – that would result in $42.5 million in cuts to AE rates. 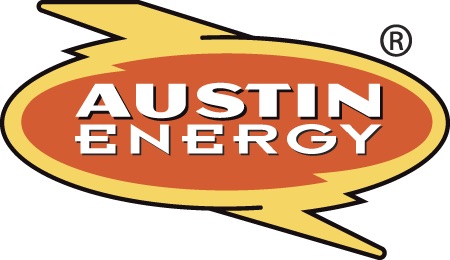 Still under discussion today: how best to distribute $5 million in residential reductions.

UPDATE: Monday afternoon, City Council voted unanimously to approve the Agreement to reduce Austin Energy rates across the board, after first amending the residential rate allocation to include cuts to all five "Tiers" (levels of energy use). That change required reducing the AE-proposed reductions for Tiers 4 and 5, to enable across the board cuts across all Tiers. Announced Mayor Adler: "We lowered electric rates for everyone in a way that supports conservation, cleaner air, better business practices, and local control of our utility." Look for more detail in this week's print edition.

Following a process that began in January, when AE released a Cost of Service study and made initial rate proposals, running through various revised proposals, motions by 25 stakeholders, and review by an independent hearing examiner, almost all the parties reached a negotiated agreement on Aug. 15. Two environmental advocacy groups – Public Citizen and Sierra Club – announced their own joining of the agreement last Thursday morning, prior to Council’s afternoon public hearing on the matter.

Under the agreement recommendation, AE would reduce its overall base rates – effective Jan. 1, 2017 – by $42.5 million.

Five million dollars in decreases is dedicated to residential customers. The remaining $37.5 million would be distributed among six various commercial classes, based on negotiated usage formulas.

Other selected provisions of the proposed agreement include:

• An additional $2 million to be dedicated to energy efficiency benefits and free high bill audits for residential and small commercial customers;

• An adjustable “House of Worship” discount/rate cap will be maintained for four years, followed by a study of varying usage rates for commercial customers, including HOWs;

• “Seasonality” (i.e., different winter and summer rates) will be removed from the base rates;

• The Customer Assistance Program (CAP) will remain unchanged, subject to planned reviews by AE, the Electric Utility Commission, and the public;

• The discount for residential customers outside the city of Austin remains ($5.5 million).

The nearly last-minute agreement of Public Citizen and the Sierra Club to the overall recommendation followed the groups’ insistence that the agreement include explicit steps to implement Council’s earlier decision to phase out the coal-burning Fayette Power Plant by 2025. Under the terms negotiated by the clean energy advocates, AE commits to:

• Establish “a roadmap describing possible paths to meet the City Council’s goals for FPP as reflected in the Resource Plan, which establishes a process for ending the use of coal by starting the retirement of Austin Energy’s share of the Fayette Power Plant by the end of 2022.”

• The “roadmap,” initially to be presented to Council in early 2017, will include legal, operational, economic, regulatory, and financial aspects of FPP retirement, in keeping with Council’s affordability and climate goals.

• AE will earmark $5 million from its Contingency Reserve to address FPP debt service, as necessary.

• AE will report to Council by March 1, 2017, on “commercial value of solar” energy, including compensation of commercial customers for solar production.

Public Citizen’s Kaiba White commented on the overall agreement: “Nobody got everything they wanted, but it’s a decent compromise that moves AE in a positive direction.”

All of the signatories to the recommendation have agreed – pending Council approval – not to appeal to the state Public Utility Commission or seek changes concerning the provisions at the Legislature, at least until the next AE rate review (2020). The only major holdout of the original stakeholders appears to be Data Foundry, which did not sign the agreement and told Council it might pursue other options.

Overall, during last Wednesday’s work session and following Thursday’s public hearing, Mayor Steve Adler and council members appeared receptive to the recommendations overall. However, the mayor and other CMs wondered whether the slight annual increase to “Tier 1” residential customers – the very lowest energy users – might be reallocated to allow at least some decrease in every residential customer tier. AE staff hopes to return to Council today with possible adjustments to the residential rates in response to requests from the dais.

Council convenes at noon today, when it may begin with additional work on the “Concept Menu” (proposed FY 2017 budget amendments), as well as a briefing on plans for the appointment of an interim city manager and eventually a permanent replacement for City Manager Marc Ott, who will step down Oct. 30.

For more on City Council, the Austin Energy rate agreement, and other council matters, follow the Daily News and this week’s print edition.