Texas Dems to DNC: Pick a Castro, Any Castro 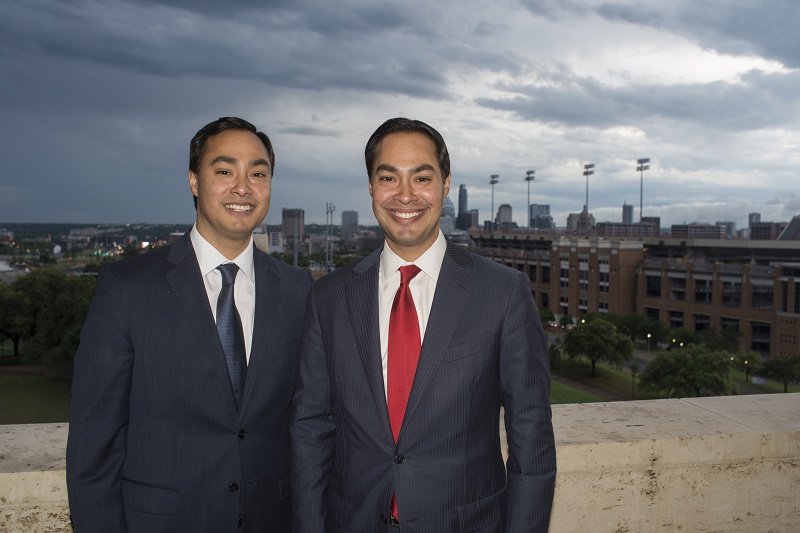 It was no secret that Texas Democrats hoped that Hillary Clinton would pick U.S. Department of Housing and Urban Development Secretary Julián Castro as her running mate. Now there are calls for either him or his twin, Congressman Joaquin Castro, to serve as the new Democratic National Committee chair.

After Monday's announcement that DNC Chair Debbie Wasserman Schultz was resigning over the content of leaked emails, Texas Democratic Party Chair Gilberto Hinojosa issued a brief statement thanking her for service, and suggesting a pair of candidates for her replacement: “In our humble opinion, Texas Democrats believe that both Julián and Joaquin Castro have what it takes to pick up the reins and move the party forward. It would be remarkable to have the first Hispanic Chair of the Democratic National Committee.”

The Castro brothers have long been regarded as the Texas Democrats' top contenders for senior federal office, and it was effectively a race between the two for years. However, they took very different routes. Julián made his reputation first as a council member, then as mayor of San Antonio, before being picked by the Obama Administration to head up HUD in 2014. By contrast, Joaquin opted for legislative, rather than administrative, experience: After a decade in the Texas House of Representatives, he was elected to Congress in 2013, and now serves on the Armed Services and Foreign Affairs committees (he's now also reportedly mulling a U.S. Senate run against embattled Republican incumbent Ted Cruz).

When it came to the possibility of the veep selection, Julián was seen as the front-runner among the brothers, not least because of his star-making speech at the 2012 Democratic National Convention. There was even a letter, drafted by Rep. Rafael Anchia, D-Dallas, being circulated among the Texas House Democratic delegation, actively lobbying for Julián, and stressing the importance of having a Latino candidate on the ballot, "as the Hispanic electorate is projected to reach 27.3 million eligible voters this year."

However, he was dinged at the last minute by an Office of Special Counsel ruling that found he had violated the Hatch Act. He had expressed his personal preference for Hillary Clinton as presidential candidate during an April 4 interview with Yahoo News, in which he was supposed to be discussing agency business.

This week he told the Washington Post that missing out to Virginia Senator Tim Kaine was "disappointing." However, he compared this turn of events to his 2005 defeat in the race to become San Antonio's mayor: He came back in 2009, took the seat, "and it actually worked out for the better."

Now he may not have been expecting a reprieve so fast, but then nobody expected Wasserman Schultz to quit on the first day of the Democratic National Convention. Now the DNC has appointed Vice-Chair Donna Brazile as the interim chair. That's a role she fulfilled in 2011, in between Kaine stepping down as DNC chair to run for Senate and Wasserman Schultz being appointed. However, that was for only a few weeks: This time, she's in place until after the November election.

Either Castro would undoubtedly be a big change for the DNC, and fast track them into veep (or even presidential) contention in future election cycles. It would also be a big boost for Texas Dems, since the last of their ranks to hold that post was former state agriculture commissioner and federal Deputy Secretary of Agriculture John C. White, from 1978 to 1981. 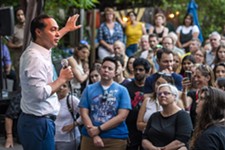 Julian Castro and Beto O'Rourke Highlight Rivalry at Events in Austin
For now, there's room enough in Texas for both its 2020 favorite sons 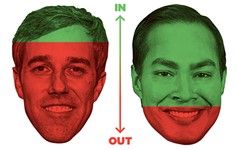