After accusations of a department-wide strategic cover-up of key abortion data lodged by the ACLU of Texas, the Department of State Health Services released finalized statistics on abortion for 2014, the first full year after Texas’ anti-choice House Bill 2 went into effect, on Thursday afternoon. 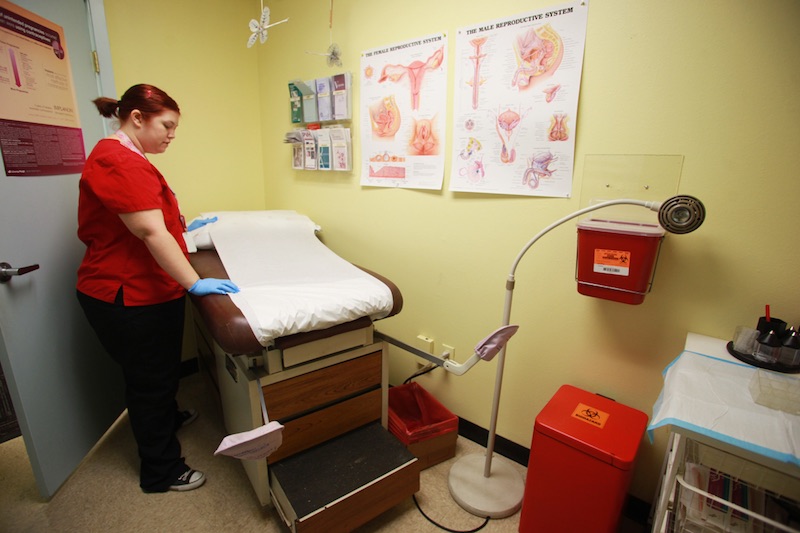 The results largely reinforce what health providers have both warned and documented since the passage of HB 2: A drastic drop in medication abortion and the law’s disproportionate impact on Latinas.

“We are pleased the Texas Department of State Health Services finally agreed to comply with our demand to release abortion statistics for 2014,” said Trisha Trigilio, staff attorney for the ACLU of Texas, in a statement. “While questions remain as to why DSHS withheld the data and concealed the fact that it was finalized as early as March, this release is a first step toward government transparency.”

While the U.S. Supreme Court struck down two major parts of the law on Monday, one of those provisions, a rule that forced abortion doctors to secure admitting privileges at a hospital within 30 miles of the abortion clinic, had been enforced after the law passed in 2013. The rule is credited with the closure of more than half of the state’s clinics.

We’ve heard anecdotally that women have been pushed out of Texas for their abortions due to the dearth of clinics in their immediate communities, traveling to neighboring states like New Mexico or Oklahoma, for the procedure. It makes sense, then, that the number of women traveling out of state for abortions has steadily risen over the past three years: In 2012, just 97 women traveled outside of their home state for abortion care, but in 2014, more than 700 women packed a suitcase and made the up to four trips to the clinic in a state that wasn’t Texas, tacking on expense and potential risk in their journeys.

While more than 16,000 women took medication to terminate their pregnancies in 2013, less than 5,000 did so in 2014 – a stunning 75% decrease. The number of women going in for surgical abortion, on the other hand, rose about 3,000. The likely reason? HB 2 included a provision that forced women to ingest abortion pills following outdated, more expensive, and potentially more harmful FDA protocol. Some providers responded by discontinuing the service and it was reported that women were less eager to opt for medication abortion, which had forced them to take the pill in the doctor’s office rather than their homes. The FDA has since updated its guidelines. Planned Parenthood of Greater Texas centers, including the Austin location, saw its medication abortion rates drop to less than 1% from 40% before HB 2.

As health advocates have repeated, the time, travel, and cost barriers HB 2 imposes disproportionately affect Latina women – and now DSHS data reinforces that message: While 24,063 Latinas received abortion in 2013, 4,400 fewer did so in 2014. Latina women are twice as likely to be uninsured, twice as likely to experience an unintended pregnancy, and often live in areas with a shortage of health care providers, according to the Center for Reproductive Rights. They are also more likely to self-induce their abortions, research shows.

One stat that anti-abortion activists will surely continue to conveniently leave out of their ostensible quest for stringent abortion safety standards is the number of women that died while undergoing the medical procedure in 2014 – that figure, much like the number of facts anti-choice legislators used to defend HB 2, comes out to zero.