All That $10 Million Can't Buy

With early voting results coming in at 56% against Proposition 1, there was never a moment Saturday night when the mood at Scholz Garten wasn’t jubilant. 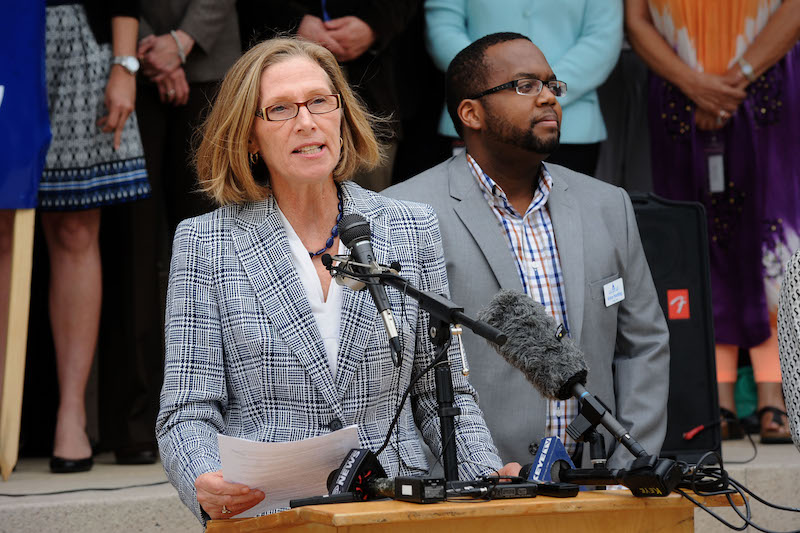 The scene of the election night party hosted by the Travis County Democratic Party and anti-Prop 1 PAC Our City, Our Safety, Our Choice was packed with people who’d thrown their efforts into the referendum’s defeat – not only local politicians, but also labor leaders such as Austin Police Association President Ken Casaday and Texas AFL-CIO Secretary-Treasurer Rick Levy. As results continued to come in, it was clear that they’d been successful.

In her speech celebrating the victory, Our City spokesperson and former Council Member Laura Morrison addressed to how high the stakes had felt. People had seen the election as “a referendum on the soul of our city, but tonight we can confidently say that the soul of our city is alive and well,” she said. David Butts of Our City said, “I hope we sent them a message across the nation.” Referencing the amount spent (an estimated $10 million) by pro-Prop 1 PAC Ridesharing Works for Austin, Butts said, “You can elect governors in other states for that much money.”

Our City’s Dean Rindy provided a succinct summary of the election: “Never in the history of Texas politics have so few spent so much to try to deceive so many. But this is Austin, Texas, and it ain’t the way we roll.”

Although she didn’t give a speech, it was hard not to see the results as a personal victory for Council Member Ann Kitchen, who, as Morrison acknowledged, “led the charge” along with CM Delia Garza in regulating transportation network companies, and "took a lot of heat for it."

TCDP Chair Vincent Harding closed the speeches by saying that he hoped “we don’t turn a deaf ear to some of the voices in our community” – the drivers who are trying to earn a living by working for Uber and Lyft, and may find themselves out of work Monday morning. Harding said, “We hear you, we care about you, and we will prioritize you.”

That’s not the only unfinished business: Our City, which spent about $170,000, hopes to raise funds to pay back loans made to the campaign. And then there’s the matter of the allegations made about illegal campaign tactics on Uber and Lyft's part, which Our City plans to pursue.

RWA sent out a statement that appeared to hint at another battle to come – the possibility of preemption by the Legislature of Austin’s regulations. Former mayor and current RWA shill Lee Leffingwell was quoted as saying, "We're disappointed in tonight's results. The benefits of ridesharing are clear: reduced drunk driving and economic opportunity. And we won't stop fighting to bring it back."

Lyft sent out an email to its users announcing that "We're disappointed to share that Prop 1 failed, forcing us to pause operations in Austin as of 5am Monday, May 9, until further notice." By "forcing," of course, the company means "not forcing," as the defeat of Prop 1 does not in any way preclude Uber or Lyft from continuing to do business in Austin.

This post has been updated to include Lyft's statement.