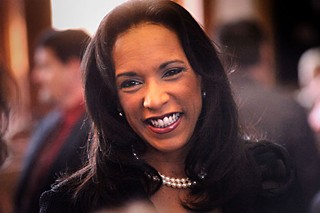 State Rep. Dawnna Dukes, D-Pflugerville, is a stalwart of the Texas Democratic caucus for her policy positions and legislative tenure, but her situation gets more precarious after new accusations, supported by texts leaked to the Austin American-Statesman, suggesting she gave staff raises on their state pay to do personal errands.

The Statesman gained access to a text that may solve a question that has been part of a puzzle that has now become a criminal investigation. Why, exactly, did one of her staff get a $268 per month pay raise?

The awkward answer may be: to act as Dukes’ nanny. The staffer texted Dukes that she had dropped off the representative’s daughter at school, even though it was not her turn. Dukes’ response was that she had submitted the pay increase form (a Personnel Action Request, or PAR) so that the extra money would cover the staffer’s extra gas bills for such trips. However, if that’s true, that’s a violation of state law, because it would basically be hiding private expenses in the office accounts.

This is bad news for Dukes, who is already in the middle of an investigation that started at the state auditor’s office, was transferred over to the Travis County District Attorney, and has now dragged in the Texas Rangers. It began with an accusation from her former chief of staff Mike French that she was using her legislative staff for non-legislative duties, including running personal errands and helping organize Heritage Day, a fundraising event she founded at Huston-Tillotson University.

This isn’t the first time questions have been raised about Dukes’ finances, but it’s undoubtedly the most serious. Previously, her biggest issue was her campaign finance reports, starting in 2007, when she had to go back and rewrite eight years of reports. That became a campaign issue in that year's primary, when she was challenged by lawyer Brian Thompson (the Dukes campaign simply replied that it was basically a technical error, listing her credit card company as the payee rather than the individual vendors from whom she bought items and services.) This led to a $2,008 fine from the Texas Ethics Commission (technically leveled against her campaign treasurer, her sister Ateja), followed by an $800 fine from the TEC in 2010 for further reporting errors. Then in 2014, her Libertarian general election challenger Kevin Ludlow hammered her for another set of late returns, this time her 30-day reports.

Continuing the tradition, on Jan. 15 of this year, she filed her report for the first six months of 2015 a whole six months late.

However, the 2008 Thompson campaign raised two other issues. Firstly, failing to file state franchise tax returns for 2005-2007 for her consultancy firm D.M. Dukes & Associates. Second was a lawsuit filed by S.W. Hale Consulting LLC, in which it was claimed that Dukes’ firm and ProArts Collective failed to pay Hale over $9,000 in fees for organizing nothing other than the Heritage Festival (see "Dukes and Money," Feb. 29, 2008.)

The more immediate political consideration for Dukes is that she's already on a degree of thin ice with her fellow legislative Democrats. In 2013, she was in an auto accident, and she has been dealing with the injuries sustained ever since. That meant she was absent for much of the session. The sympathy for her condition was balanced by some behind-the-scenes frustration that the Dems were down another vote when their numbers were already so depleted. There was surprise in some corners that she decided to run again, and that she did so without a Democratic primary challenger. If substantiated, these latest allegations will do little to decrease those tensions. 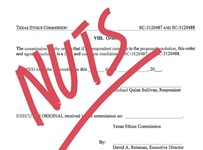