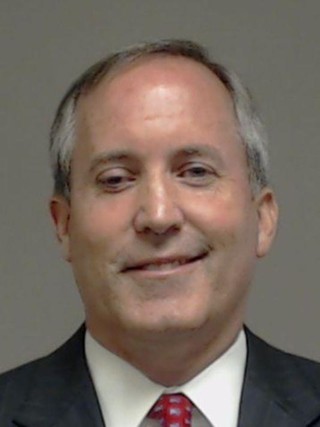 Attorney General Ken Paxton, now facing state criminal and federal civil charges over allegations he received $100,000 for securing investors for an IT firm under false pretences

It’s rare for the state’s attorney general to spend time in a courtroom (that’s why they have staff). It’s even rarer for them to be the defendant. Yet here comes another lawsuit against Attorney General Ken Paxton: The Securities and Exchange Commission has filed a federal civil case against him.

The suit alleges that Paxton procured investors for Servergy, a McKinney-based IT infrastructure firm which the SEC says made massively inflated claims about their line of low-energy servers, and falsely listed major firms like Amazon, Disney, Netflix, Koerr, and Freescale as being pre-order customers. In the SEC filing, Paxton is listed as a defendant, along with Servergy Inc. co-founder and CEO Will Mapp and director Caleb White.

The filing alleges that Paxton met with Mapp in July 2011 (when he was still a state rep), and was offered a 10% commission in stock or stock and cash to recruit potential investors. In total, Paxton raised $840,000 from five investors for Servergy without divulging his payments to potential investors, or doing due diligence about Servergy's claims. In return, he was paid $100,000 in common stock.

It’s the latest round of legal troubles for Paxton relating to fiscal irregularities. Last August, he was indicted on three charges – two counts of first-degree securities fraud and one count of third-degree failure to register. The lesser charge sprung from a violation by Paxton of the Texas Securities Act, after he made money as an unregistered adviser for McKinney-based Mowery Capital Management (an issue that first came to public attention during the 2014 primary). The first-degree charges, and this latest SEC suit, related to Servergy.

On top of this, Paxton also faces a pending ethics complaint over his opinion that county clerks could refuse to issue a marriage license to same-sex couples because of religious beliefs.

In a statement to the Houston Chronicle, Paxton's attorney Bill Mateja said that his legal team had not had a chance to review the latest civil suit, but "Mr. Paxton vehemently denies the allegation" and looks forward to "establishing his innocence in both the civil and criminal matters."

The question now is how this affects Paxton’s position as the state’s top lawyer. So far, he has ignored any calls for his resignation, even though an August 2015 poll showed that a majority of likely Republican primary voters questioned thought he should go. In a statement, Texas Democratic Party Deputy Executive Director Emmanuel Garcia wrote, "Enough is enough. How many more investigations, criminal charges, and lawsuits need to be filed before Republican Ken Paxton takes responsibility for his lawlessness and resigns?"