If you thought that the controversy between the city of Austin and transportation network companies Uber and Lyft would die down a bit until the May 7 election, you’d be wrong. 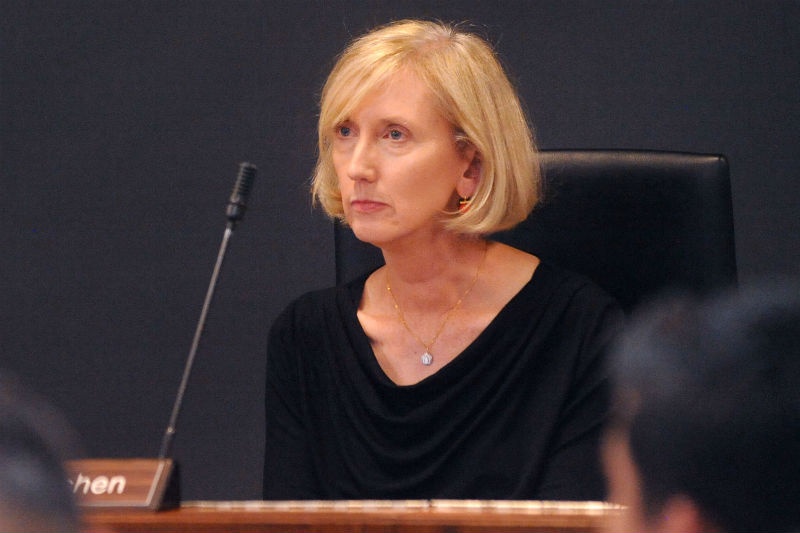 The Texas Supreme Court has been asked by an Austin resident (working with Uber) to intervene and require the City Council to rewrite the ballot language on the proposed ride-sharing ordinance. Backed by Uber, Samantha Phelps, who filed the court documents late Wednesday, March 10, works for an East Austin bar and music venue, and was actively involved in collecting signatures for the petition that forced the May 7 election in the first place. Her 21-page writ of mandamus claims that the current ballot language “wholly fails to inform voters as to what they are voting for” and will “mislead Austin voters.” since it “lists only what the proposed ordinance removes from the code and not what provisions it adds.” Therefore, Phelps argues, the ballot language “falsely portrayed the proposed ordinance as something that only takes away and does not give. That portrayal could not be further from the truth.”

In regards to the writ, an Uber spokesperson told the Chronicle on Thursday, “Voters are asking for clarity, not confusion, so they can decide what types of transportation options they want in Austin.”

Because the Travis County Clerk’s office is scheduled to confirm the ballot language on Monday, the goal of the writ is for an “emergency stay,” ideally by the end of the week.

On the other side, a press release from Our City, Our Safety, Our Choice called the writ a “desperate attempt to hide the truth from voters,” which they said is just “latest episode in what has been a consistent pattern of deception by Uber and its allies.” The group concluded by emphasizing, “The City Council has a duty to enact common sense rules to protect public safety. Self serving corporations should not write Austin’s rules for public safety.”

When the language was being debated in the City Council on February 17, Council Member Don Zimmerman (who, along with Council Member Ellen Troxclair, opposed it – with nine members supporting) made a similar argument to Phelps' writ. “I disagree with the way it is couched,” Zimmerman said, because “It’s written to say you are going to lose this, lose this, lose this. You gain nothing. You don’t even get a 1 percent fee.” Zimmerman told the Statesman that he was surprised to hear of Phelps’ writ, as he had been working one of his own, which he might still file.

In contrast, the council’s nine-member-strong majority argued that it was unnecessary to include the fee in the ballot language since that it’s already in city law. Council Member Ann Kitchen, who recently avoided a November recall election, told the Statesman that the council does “believe that we followed the legal requirements for what has to be on the ballot language.”

Here's the language the City Council approved in a 9-2 vote in February. It's what will be on May 7 ballots unless the court intervenes:

“Shall the City Code be amended to repeal City Ordinance No. 20151217-075 related to Transportation Network companies; and replace (it) with an ordinance that would repeal and prohibit required fingerprinting, repeal the requirement to identify the vehicles with a distinctive emblem, repeal the prohibition against loading and unloading passengers in a travel lane, and require other regulations for Transportation Network Companies?”

Here's the language Ridesharing Works for Austin proposed when it submitted the signatures that are forcing the special election:

"Shall the City Code be amended to repeal Ordinance No. 20151217075 regulating Transportation Network Companies (TNCs) and codify TNC rules contained in Ordinance No. 20141016-038, with the addition of an annual fee equal to 1% of the TNCs’ gross revenue, an application process, and a process for notification and resolution of violations."