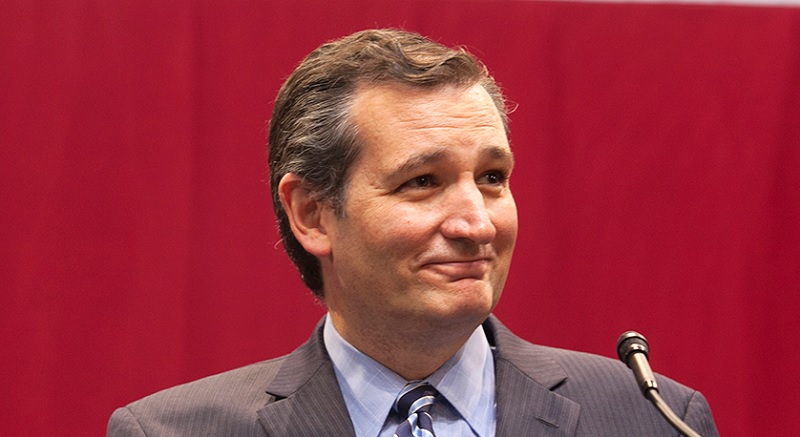 Flyover state hero: Ted Cruz takes Iowa, and leaves the "anyone but Donald" GOP with a massive headache. (Photo by Jana Birchum)

Scene: David Dewhurst's estate. A phone rings. He answers. A voice says, "Cruz just won Iowa. Thanks for nothing."

It almost seems impossibly long ago, but it was only three and a half years back that Ted Cruz's meteoric rise to political prominence began. In 2012, he was an overly ambitious ex-solicitor general with an eye to the U.S. Senate: Then Lt. Gov. David Dewhurst pushed through electoral reforms that were challenged, delaying the primary, and giving the previously marginalized Cruz time to organize his campaign and take the inside track on the Senate nomination.

Now here we are in 2016, and Cruz has beaten (some) polls by besting Donald Trump in the Iowa caucuses.

Well, "beat" is a very subjective term. Last night, Cruz took 27.6% of the votes, and walked away with eight presidential delegates. Trump got 24.3%, and bagged seven delegates, tying with Florida Senator Marco Rubio on 23.1% and seven. The leaders are followed by surgeon and pyramid revisionist Ben Carson (who is apparently still alive) on 9.3% and three, Kentucky senator Rand Paul on 4.5% and one, and former Florida governor Jeb Bush on 2.8% and one. The remaining candidates (tech exec Carly Fiorina, Ohio governor John Kasich, former Arkansas governor Mike Huckabee, New Jersey governor Chris Christie, Rick "Google it" Santorum, and former Virginia governor Jim "is this thing on?" Gilmore) all polled so low that, to misquote Willie Wonka, they get nothing. They lose. Good day, sirs and madam.

On the surface, it's an upset for blowhard billionaire Trump. Recent polling had him up over Cruz by anything from 1% to 8%, and the swing to Cruz was an 8.1 point shift from the average result since Jan. 24.

But what does that mean? Something clearly went awry for Trump in the last few days. Reagan campaign manager and Fox News talking head Edward Rollins credited Cruz's campaign and ground game, while nodding to Rubio's strong showing in the last GOP presidential debate. There's a theory, floated by the Des Moines Register, that Trump alienated evangelical voters by getting into a public spat with local religious kingmaker Bon Vander Plaats, an act which outweighed the blessings bestowed by the endorsement of Jerry Falwell Jr.

Of course, there are probably a thousand campaign operatives and pollsters digging down into the numbers to see if they got the stats wrong, or if there's something inherently squishy about support for Trump. If it was the Vander Plaats factor, then that doesn't translate to other primary states. If it's something other, like supporters getting energized at rallies but slipping or flipping at the ballot box, then that's a bigger question.

For now, that puts Cruz in the cat bird seat. But that may not be the most comfortable place for him. After all, he's done very well by being the presumptive challenger to Trump's brand of craziness, and now his own brand of craziness is under the spotlight.

Not that he may be able to rely on his own party to protect him. It's little secret that, while the GOP establishment has been looking for an "anyone but Donald" candidate to get behind. However, Cruz's long history of throwing his own party leadership under the bus, including Paul and Senate Majority Leader Mitch McConnell, has led to many members of his own caucus publicly criticizing him as impossible to work with. His campaign also faces some serious questioning (and possible legal investigations) over bizarre and suspect mailers sent out to Iowa voters accusing them of a "voting violation" and waffling about scores for voting history, with an implied threat that Iowans who no-show have done something illegal.

Plus, the big visual from the week was not Cruz's victory party, but his daughter cringing as he tried to kiss her.

Meanwhile, on the Democratic side, Hillary Clinton's camp is attempting to claim their wafer-thin win over Bernie Sanders as a major victory, rather than wondering how a septuagenarian self-proclaimed socialist, who has never before run as a Democrat in his 27 year electoral, forced her to a coin toss decision in the first primary in the nation.

All that anyone really knows is that this all makes next week's New Hampshire primaries just a little bit more intriguing.