In this week's News Roundup: The police union files a complaint for a former officer's missing sick leave pay; who could be behind an effort to recall Council Member Ann Kitchen; Ted Cruz is baffled as to whether he has health insurance; and more ... 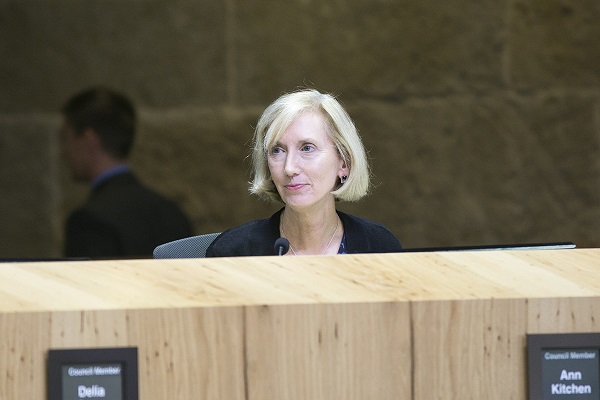 • This Ain't No Buddy Cop Movie: The Austin Police Association filed a grievance Friday in connection to the indefinite suspension (civil service for "firing") of Johnny McMiller, a lieutenant with the department who lost his job on Dec. 14 for violating APD policies pertaining to honesty, insubordination, neglect of duty, and the department's guidelines for secondary employment. The grievance stems from Police Chief Art Acevedo's refusal to pay out sick leave to the 22-year veteran after he reduced McMiller's indefinite suspension to a written reprimand. (McMiller formally retired after filing an appeal of the termination, essentially rendering the initial discipline irrelevant.) The APA is accusing Acevedo and the Department of engaging in discriminatory and retaliatory behavior "which is indicative of a pattern or practice within the Department." Check back with the Chronicle's Newsdesk for a breakdown and explanation of the allegations. – Chase Hoffberger

• Thumbing a Ride: The agenda for Thursday's potentially volatile City Council meeting, posted Jan. 22, didn't quite hit the Top 100. Nevertheless, at 96 items, from morning contracts to evening short-term rentals, the day should be long and lively. The anticipated headline subject is transportation networking companies (e.g., Uber and Lyft), and sure enough, an addendum includes five items that all address TNC's directly or indirectly, and bring the total to 96. As promised, Mayor Steve Adler is proposing a "peer-to-peer" app-branding system (aka "Thumbs Up") that would encourage TNC drivers to get fingerprinted (in a process yet to be developed but could in theory be applied to other transactions, e.g. AirBnB); the other proposals relate in various ways to the "incentives" discussed for the TNC policies Council adopted in December. All five proposals are sponsored by the mayor and co-sponsored by District 4 Council Member Greg Casar, D3 CM Sabino Renteria, and D10 CM Sheri Gallo. (Since it takes four members to add an Item to the agenda, co-sponsorship sometimes reflects only a courtesy "for purposes of discussion.") Council will first discuss the proposals at Tuesday's work session. Also, a press conference has been posted for Thursday at 9am (preceding the 10am regular meeting), described as "Austin on the Move: City Council members announce next steps for transportation improvements and funding" – which could have more to do with the district projects designated for spending of the remaining $21.8 million from the Capital Metro Quarter Cent fund. The agendas are available on the Council meeting web page. – Michael King

• All's Fair in Love and Ridesharing: Last week, a PAC called Austin4All began collecting signatures to recall D5 Council Member Ann Kitchen because “she has purposefully hurt businesses that employ citizens of Austin,” according to the language of the petition. The petitioners claim Kitchen’s “kickbacks” from taxi companies are her reason for regulation of TNC's (Kitchen’s campaign received $4,000 from Lone Star Cab). Austin4All hasn’t filed with the city clerk or with the state. Rachel Kania, a Texas activist who’s been involved with various conservative causes and politicians, is listed as the PAC’s treasurer, but that’s about all that’s known about the group. While both Lyft and Uber deny any involvement with the recall petition, Kitchen has been a target for TNCs because of her support for more regulations. Asked about the petition, Kitchen remained unfazed, telling the Chronicle, “I’m going to continue to do my job as a city council member and I have a responsibility to protect the public safety.”

While the petition’s support remains unclear at this point, a recall election could occur if 10% of District 5’s 48,000 voters sign the petition, and that petition is submitted to the city and validated by the city clerk. – Mac McCann

• Ted, Just Admit It: Another week, another embarrassing admission by Sen. Ted Cruz on the presidential campaign trail. Last Thursday, in a desperate attempt to play up his common man credentials, the millionaire, Harvard-educated U.S. senator told an audience in Manchester, New Hampshire, that his health insurance policy had been cancelled on Dec. 31. He continued, saying he was still looking for a new policy, but was finding that hard because of rising premiums, which he blamed on the Affordable Care Act, aka Obamacare. The next day, Cruz's communications director Catherine Frazier told the Wall Street Journal that Cruz was in fact insured after all. When his old PPO plan expired, Blue Cross and Blue Shield of Texas automatically transferred him to an HMO. However, when his insurance broker told him that, Cruz misunderstood and started shopping for a policy because he believed he and his family were without coverage. This from a lawyer who is trying to sell his White House nomination aspirations on the basis of being a details-oriented kind of guy.

This faux pas comes on the heels of the admission that Cruz failed to disclose low-interest loans from Citi Bank and Goldman Sachs to the Ted Cruz for Senate Committee in 2012. – Richard Whittaker