All This and TNC’s Too! 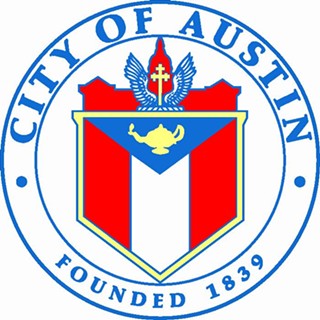 The first City Council meeting of 2016 is not until Jan. 28, but the draft agenda suggests there will be plenty of contentious business: health care contracts, EMS staffing, transportation projects, PUD regs, neighborhood plan contact teams, short-term rentals, and (probably) transportation network companies. Should be fun!

The draft agenda doesn’t yet include most Council-sponsored items, but even without them it’s a burgeoning 86-Item list, suggesting the total might break 100 once again when the official agenda is posted (generally by Friday). A couple of proposals said to be in the pipeline – most notably, a continued discussion of how best to “incentivize” public safety measures for ride-hailing companies (e.g., Uber and Lyft) – haven’t hit the agenda yet, and the existing schedule is already daunting.

• EMS Staffing: discussion of adjustments to administrative ranks are continued from an earlier meeting, with the hope that management and the staff union (ATCEMSEA) would come to a consensus about the changes.

• Transportation projects: Council members have submitted their project priorities for the remaining $21.8 million in Capital Metro “Quarter-Cent” sales tax funding – staff is expected to bring the full list to the dais for final approval.

• PUD zoning: Previously unzoned lands (e.g., the state land underlying the Grove PUD) need only a Council majority to approve a PUD plan rejected by the Planning Commission; Grove neighbors are pushing for a super-majority (the standard for land already zoned).

• NPCT regs: Neighborhood plan contact teams – with official authority to speak for neighborhoods – are embattled in some areas, with few established procedures to allow oversight or enforcement. Here’s an attempt to write some.

• If they get through all that (and plenty more), short-term rentals are currently the final agenda item (that could change). These are the revised regs, limiting STR's, that seem to have a (wobbly) Council consensus.

TNC’s (aka “ridesharing”) companies don’t currently appear on the agenda, but there’s plenty going on behind the scenes: Uber and Lyft are underwriting an extensive petition campaign to block any stronger ordinance, and Mayor Steve Adler is scrambling to find a middle ground that will accommodate the companies while satisfying a Council majority that voted to include fingerprinting for drivers – under rules still to be written. Council members have been reluctant to sign on to the mayor’s compromises – we’ll see if that changes by next week.

For more, follow the Daily News and this week’s print edition.