This week the Modern Language Association of America’s annual convention will be held for the first time in Austin. For those unfamiliar with the MLA, its mission is to “strengthen the study and teaching of language and literature.” The convention is well-known within academia: Every year thousands of humanities scholars descend on one site to talk shop. 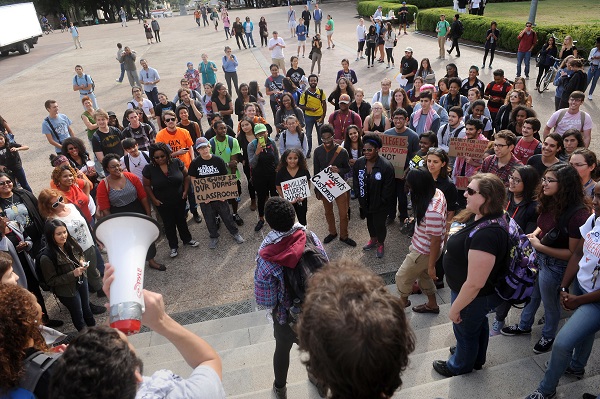 Such a large gathering of literary scholars has in recent years provided an opportunity for the politically minded among them to hold what they call the MLA Subconference: The organizers describe themselves as “an independent and evolving group of graduate students and adjunct faculty in the humanities who are interested in creating a new kind of conference environment, in order to propose alternative professional, social, and political possibilities for ourselves and our peers.” As subconference organizer Laura Goldblatt said at a talk given at the University of Alabama, “It is now common to see articles ... documenting the struggles contingent faculty face in securing a living wage, health and child care benefits, and job security, among many other things." Given that reality, it makes sense that the untenured might want to start looking outside the ivory tower for solutions.

This year the subconference will be held at Cheer Up Charlies. It’s open to the public and features free food and an open bar. The theme is “Between the Public and Its Privates,” which is both a wink at the MLA Convention’s theme, “Literature and Its Publics: Past, Present, and Future,” and a serious attempt to look at how public discourse is affected by privatization – for example, the event has a Facebook page, a privately owned and controlled medium that we use to communicate with one another publicly. Those interested in the subconference’s schedule can visit that page for detailed information; talks include "Teaching After Ferguson in Public/Private Classrooms" and "The Public Adjunct: Peril, Loneliness, an Uncertain Future." Organizers are also encouraging attendance at the Convention's program on "Boycotting Israeli Academic Institutions," which takes place at the J.W. Marriot at 3:30pm on Thursday.

Subconference organizers Alex Brown and Goldblatt told the Chronicle that some of the topics they’re especially interested in discussing now are gentrification, violence at the border, the militarization of universities, and labor organizing in right-to-work states. Each year, the subconference has invited local activists and educators to participate. Some of the Austinites participating this year are Studium’s Dan Rudmann, high school teacher and Chicanix artist Jesus Valles, and Workers Defense Project Associate Director Brigid Hall.

The MLA Subconference takes place from Jan. 6-7, at Cheer Up Charlies. For more information, visit Facebook.