One cop indefinitely suspended for lying 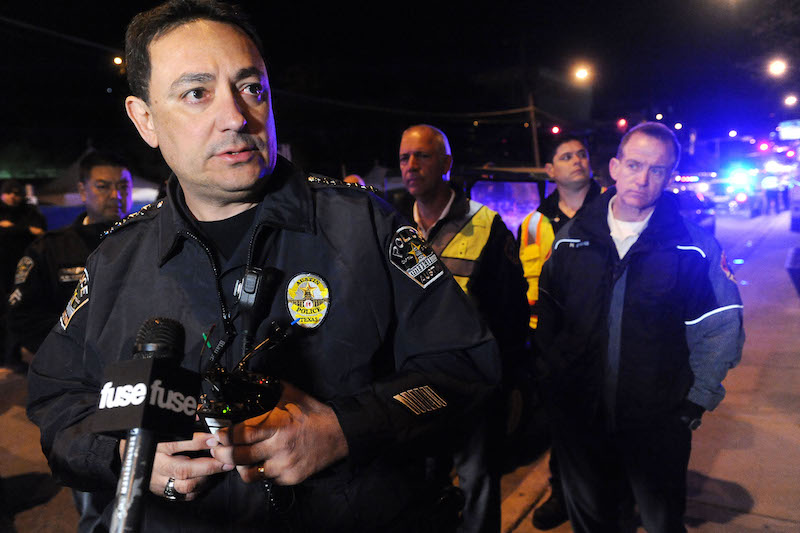 McMiller’s stems from Sgt. Nathaniel Roberts’ recent 60-day suspension. McMiller was Roberts’ supervisor on a secondary employment job running law enforcement for Cap Metro, where they worked in APD uniform. Roberts got busted the other week for a pretty egregious June offense of slacking on the job (he went home to work on his house for six hours when he was clocked into his gig). McMiller, as a supervisor to Roberts in the Cap Metro gig, was present when Roberts got fired from his secondary employment job in June. He got busted in October, though, when it became evident during an Oct. 29 Internal Affairs review concerning Roberts’ allegations that he knew about the situation well before APD brass had heard of it and chose not to report it. APD Secondary Employment Policy dictates that any APD officers must report any instances of officer misconduct on non-APD jobs to that officer’s Chain of Command.

Acevedo’s uniquely lengthy 11-page memo, however, indicates that McMiller didn’t just not report the violation; he lied, falsely covered for Roberts, and “attempted to minimize his knowledge of the disparity of information” after it became clear to Internal Affairs that he knew Roberts was hiding something. Acevedo said McMiller also committed insubordination on more than one occasion, violating DND agreements with Internal Affairs and accusing Acevedo of trying to force Assistant Chief Patrick Ockletree into retirement so that he could promote a favored officer to Commander. McMiller also evidently went around his chain of command when the investigation into Roberts started ramping up and asked Asst. Chief Ockletree to shut the investigation down because he thoughts Roberts losing his Cap Metro job was a harsh enough punishment for what he did. He was officially terminated last week for dishonesty, neglect of duty, and violations of secondary employment guidelines, and will have until Christmas eve to appeal.

The memo for Soto’s suspension was a bit less elaborate – just one paragraph of incident narrative as opposed to McMiller’s many pages. He got docked a day of work after it was discovered that Williamson County Sheriff’s Deputies responded to two separate calls concerning family disturbances between the eight-year veteran and his girlfriend. Acevedo said Soto failed to notify his supervisor of the incident. He violated a policy requiring officers to report any arrest, charge, or indictment for a criminal offense above the grade of a Class C misdemeanor within 30 days of the incident occurring. Acevedo’s memo makes no mention of the actions or events that brought deputies out to Soto’s house.