The End of F1 in Austin?

U.S. Grand Prix might not be back next year

Screwed. That’s Circuit of the Americas chairman Bobby Epstein’s response when asked by the Austin American-Statesman about the state of Texas lowering its contribution to the track for hosting the United States Grand Prix. If the figure stands, there’s a chance that next year’s race may be canceled. 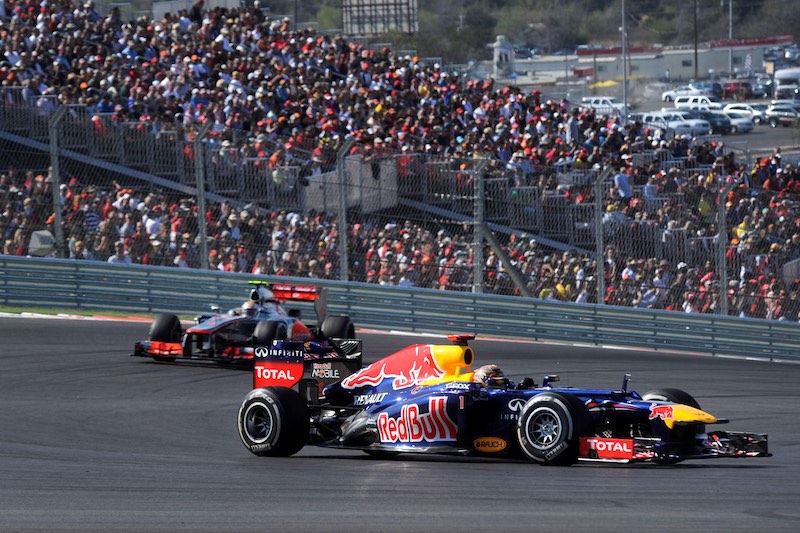 Gov. Greg Abbott’s Economic Development and Tourism office announced that payments to the circuit via the Major Events Trust Fund will drop from $25 million last year to $19.5 million this year. That cash pays a portion of the hosting fee paid to Formula One’s international management. For the moment, the 2016 race is penciled in for Oct. 23, but if the circuit can’t cough up the fee, that won’t happen. If the track loses its marquee race for the year, that could well put the whole facility’s future at risk.

At this point, it’s hard to tell whether this is just another chapter in the long story of F1, the state, and COTA playing financial hardball in the press with each other. However, recently it’s been consistently bad news for COTA. This year’s October race weekend was a literal wash-out, with crowds staying home in droves because of torrential rain. A week later saw the debut of the Mexican Grand Prix, and Epstein conceded that the competition hit ticket sales. Then on Nov. 3, the COTA board announced the exit of CEO Jason Dial, saying they were “going in a different direction.”

It’s not hard to imagine that at least one major figure in COTA’s history is relishing Epstein’s misery. The track and the Austin race were originally the brainchild of Tavo Hellmund: He negotiated the original 10-year deal with F1 boss and family friend Bernie Ecclestone, but was pushed out by Epstein and fellow investor Red McCombs before the first race in 2012. On his departure, the hosting deal was renegotiated with much worse terms for the circuit. It also damaged their credibility with the auto-sports community, as Hellmund was the only one of the team with F1 race management experience. He also envisioned the circuit as the hub of a science and research park, further diversifying its portfolio – something that never happened under Dial or his predecessor, the similarly short-lasting Steve Sexton (who quit in 2013, also mere days after a race). Now, as if to add insult to injury, it’s Hellmund who organized the Mexico City race that could mean the death knell for F1 in Austin.