Can Austin please just have one holiday without terrible weather? After the hideous devastation of the Memorial Day floods, the rain on All Hallow's Eve sees road closures and the kind of disruption normally seen due to snow. 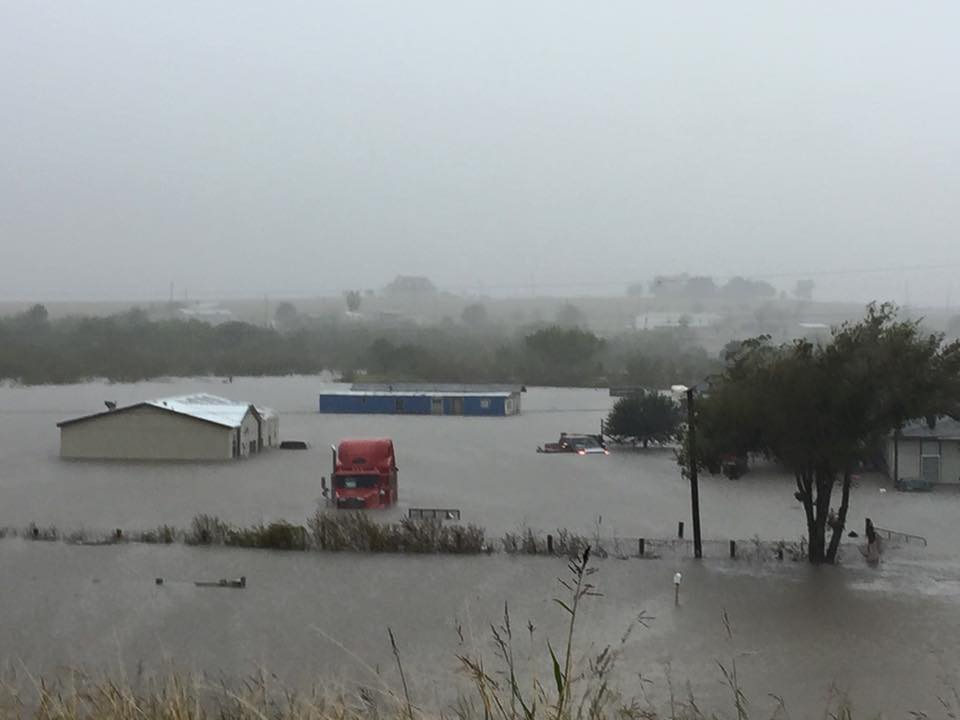 Remember: just because it stops raining, that doesn't mean water levels won't keep rising. The City of Austin is already recommending that residents of South Austin and Onion Creek should go to the Dittmar Recreation Center, 1009 W. Dittmar. For a full list of city shelters, visit www.austintexas.gov.

Update: 12:15pm Chief Animal Services Officer Tawny Hammond sent out a message via Facebook that the Dittmar shelter will be taking pets.

Update: 2:51pm The city just announced all city employees will be released at 3pm.

Update: 4:06pm The city has announced that the Dougherty Arts Center is closed today, as are public libraries except for the Faulk Central Library, Austin History Center, and Recycled Reads. The Dan Ruiz Library will likely be closed through the weekend.

There are multiple closed roads due to flooding including the US 183/SH 130 junction, and I-35 near Onion Creek. Chronicle staff also report South First and South Congress flooded at Riverside, and flooding on South Lamar. Keep track of closures all day via www.atxfloods.com. And seriously, turn around, don't drown.

The city's water utility has confirmed that floodwater did enter the wastewater collection system at three facilities, with wastewater in Barton Creel, Onion Creek, Walnut Creek, and the Colorado. However, the drinking water is fine.

With today the final day of early voting in the Nov. 3 elections, Travis County Elections Division will not be running the scheduled mobile voting location at Dove Springs Recreation Center, 5801 Ainez. Visit www.traviscountyclerk.org for more info and updates through the day.

No major outages at the moment, but the utility is reporting multiple small outages in its service area. Follow the storm center for updates.

• MetroRail services are suspended due to debris on the track.

As of 10:52am, the airfield at ABIA is completely closed. With almost six inches of rain recorded in the hour between 9am and 10am, all flights have been diverted or cancelled. The airport also Tweeted earlier that, because of technical and staffing reasons, they could not update their website, so call directly for updates at 512/530-2242.

Update: 12:33pm. The Federal Aviation Authority released a statement the ground floor of the ABIA air traffic control tower and terminal radar approach control facility was flooded by six inches of rain water, and staff in Houston had to take over control of the airspace. FAA technicians are currently assessing damage, but sections of the airfield are reopening. However, because much of the facility is still too wet to use, and because Houston is increasing the spacing between flights, there are still delays and cancellations. Passengers are asked to contact their airlines directly about flight delays and cancellations.

• Students from Perez and Palm Elementaries are being relocated to the Toney Burger Center, 3200 Jones Road. Parents are being notified now.

• Parents and caregivers with students at Blazier Elementary are being asked not to come to the school. AISD Trustee Paul Saldana just posted on Facebook that the camous is on safe, high ground, and family members are placing themselves in danger by driving through flooded areas.

Update: 3pm Except for Blazier and Palm, all AISD campuses are on regular classroom hours. That said, all afterschool events are canceled, and Saturday varsity football games will be delayed until 2pm.

ACC has closed all campuses today, with all classes and activities cancelled. They are asking anyone currently in a building to stay there until safe to travel.

With Bergstrom drenched and heavy standing water, many events are being affected.

• Austin Film Festival has announced that this evening's Film Texas BBQ supper has been relocated from the French Legation to Fiesta Gardens (2101 Jesse E Segovia).

• Wizard World Comic Con guests flying in are having trouble too. Gaming critic Adam Sessler just Tweeted that he "was told, at the gate, that the final hour of this flight will be burly."
Update: 2:47pm Sadly Star Trek: The Next Generation star Brent Spiner got caught in the weather, and will not be able to attend.

• The Texas Observer has postponed its Final Friday shindig at the Mean Eyed Cat to next Friday, Nov. 6 (making it technically a First Friday).

• Grupo Fantasma's 15th anniversary show is going to have to wait a little. Their Mohawk release party for new full length Celebration has been rescheduled for Nov. 12. All tickets for tonight's show will be honored. 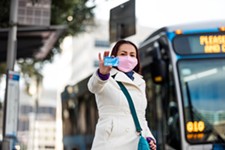