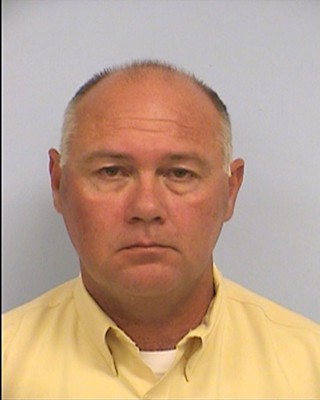 Kleinert, a 19-year veteran of APD when he shot and killed the 32-year-old Jackson under a bridge along the Shoal Creek Trail in central Austin on July 26, 2013, was indicted on manslaughter charges by a Travis County Grand Jury on May 12, 2014. Shortly after the shooting – which occurred after Kleinert pursued Jackson first in a commandeered civilian’s car and then after that on foot following Kleinert’s initial questioning of Jackson for twice trying to enter the Benchmark Bank on 35th Street (which had been broken into earlier in the day) – reports out of APD’s camp suggested that the lethal shot may have been accidental.

The grand jury ultimately ruled that Kleinert “did then and there recklessly cause the death of Larry Jackson by striking and by attempting to strike Larry Jackson with [his] hand while holding a loaded firearm,” and noted that Kleinert created a “substantial and unjustifiable risk” in attempting to seize Jackson under the bridge while holding a loaded firearm. He was subject to a prison sentence of two to 20 years and a fine not to exceed $10,000.

However, a trial on those charges never happened. In April, Kleinert went before Judge Yeakel in an effort to transfer his case from Travis County into a federal court, citing the fact that he was working as a member off the Central Texas Violent Crime Task Force, a multi-agency team created by the FBI, and thus should be granted federal-officer removal jurisdiction – removing him from the potentially more liberal county court altogether. Yeakel agreed, noting: “The issue of whether Kleinert is entitled to federal-officer immunity is an issue for another day.” Shortly after, Kleinert’s attorneys filed a motion for Yeakel to dismiss the case.

Arguments were heard on that issue over a three-day span in late September. There, a range of witnesses and experts, as well as Kleinert, testified to the proceedings of the shooting, with the underlying argument from the defense being that a) the shot was accidental, and b) Kleinert should be granted federal immunity because he was acting as a federal agent.

In a 27-page opinion, Judge Yeakel concluded that the state’s assertion that Kleinert should not be entitled to Supremacy Clause immunity because Kleinert’s interactions were not within his federal-task-force duties is not concurrent with the law, and that “by virtue of Kleinert’s deputation, he was authorized to investigate federal crimes committed in his presence.

“Kleinert had ample cause to believe Jackson was attempting to wrongfully obtain funds from the bank,” he continued. “Jackson’s fleeing the conversation with Kleinert further indicated that Jackson’s purpose at the bank was different from the way he described it [when questioned upon attempted entrance. The court concludes that from the time Kleinert began his conversation with Jackson until the time that Jackson died, Kleinert was acting in his capacity as a federal officer and, as such, is entitled to the defense of Supremacy Clause immunity.” Yeakel added that he did not consider testimony concerning APD policies: “Those procedures are simply not relevant to the immunity defense.”

The decision brings an end to the 27-month question of whether or not Kleinert will face jail time for Jackson’s death, but does not completely close the book. Last September, local attorney Adam Loewy filed a federal civil rights lawsuit on behalf of Jackson’s mother and step-father, Billie and Larry Mercer, alleging that Kleinert is liable for the wrongful death of their son. 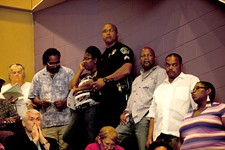