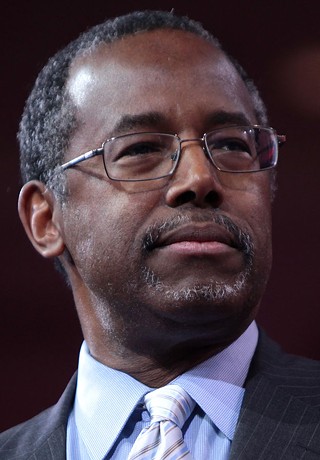 There are many reasons to visit a school. Dropping kids off. Football games. PTA meetings. But when GOP presidential hopeful Ben Carson tried to drop by Gus Garcia Young Men's Leadership Academy in the middle of election season, it's not surprising that a few eyebrows were raised.

It seems that Carson made overtures to the Boys and Girls Clubs of America, which has an afterschool program at Austin ISD's first modern all-male public school. However, word that the trip could happen as early as next week quickly reached staff and teachers at Gus Garcia, who were suitably unimpressed by the proposal.

More problematically, as of mid-Friday afternoon, several members of the AISD board of trustees had no clue that a presidential candidate was planning to be on one of their campuses.

This wasn't a question of Carson's politics (although it's undoubtable that few members of the progressive-to-moderate-Republican board would be happy about his extremist and often anti-science positions). Instead, the real issue was about what in the campaign world is called optics. Having an AISD campus used as set dressing for any political candidate is a worst case scenario for the strictly apolitical school district. In Texas, ISDs can't even lobby the Legislature on their own behalf. So being seen as even implicitly and accidentally endorsing one candidate or another, or having AISD kids turn up in some campaign b-roll footage, is beyond undesirable. That's why, to date, the situation has never arisen.

Carson at Garcia would reverse that well-established, unspoken tradition; and while it would open the door to, say, Hillary Clinton swinging by the Ann Richards School for Young Women Leaders (a photo-op some education activists and Democrats would love), questions of equal access would be raised. Could the district contend with all 20-something major party presidential candidates clambering through its elementary canteens?

Fortunately, the decision whether to allow any visitor, no matter how high-profile, doesn't lie at the campus level, or even with the board. Instead, the buck stops at the office of Superintendent Paul Cruz. Later yesterday afternoon, after a flurry on phone conversations with staff and trustees, Board President Gina Hinojosa confirmed that the matter had very quietly been dropped, and the Carson campaign bus would not be blocking the parking lot.

Of course, this still leaves a lot of unanswered questions. Not least, why, of all the campuses in Texas, did Carson's team seem hellbent on heading to AISD's only single-sex boys' school? Convenience to the airport? Just to annoy noted Democrat Gus Garcia, after whom the campus is named? Surely it's nothing to do with Carson's own education policy, which supports the kind of pro-charter, pro-voucher "Education Reform" agenda, of which many people fear that experimental programs like the new wave of sex-segregated campuses are a symptom?