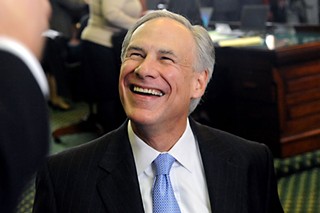 Jin, who graduated with a violin performance degree, describes herself in a statement to the press as “the typical millennial with too much access to information, too strong of a sense of morality, and too dry of a sense of humor.”

Jin notes, “the state of Texas has decided that it is not at all obnoxious to allow deadly concealed weapons in classrooms, however it DOES have strict rules about free sexual expression, to protect your innocence.” Both UT’s rules, supported by the Texas penal code, prohibit distributing or displaying “on the campus any writing or visual image, or engag[ing] in any public performance, that is obscene,” which is a Class C misdemeanor, punishable by up to a $500 fine. Noting the potential punishment for the civil disobedience, Jin adds, “Participate at your own risk. But can you imagine the gongshow that would be UTPD/APD trying to chase down thousands of students wielding harmless dildos around campus?”