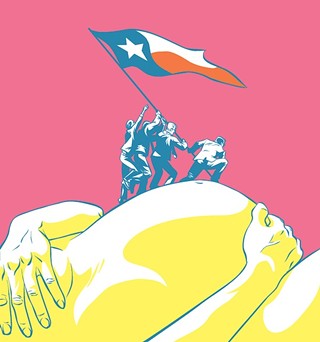 The evidence demonstrating the disastrous effects of abortion-restrictive law, House Bill 2, on Texas women continues to pile up. But the willingness of anti-choice lawmakers and conservative-leaning judges to accept the reality is an entirely different story.

In their latest findings, released today, The University of Texas at Austin’s Texas Policy Evaluation Project (TxPEP) found that women are being forced to wait longer to get an appointment at abortion clinics since 2013’s HB 2 was enacted. Women in Austin are waiting up to as long as 20 days to see a physician, in contrast to waiting an average of five days or less before HB 2. Today, only two local clinics provide abortion services (Planned Parenthood South and Austin Women’s Health Center) – down from four before HB2. The same wait time goes for women in the Dallas-Ft. Worth metro area, where half the clinics shut down over the past two years (down from eight to four).

While researchers found stable and short wait times in Houston and San Antonio, they caution that could soon change if the U.S. Supreme Court fails to block the final provision of HB2, which would force clinics to comply with the same expensive building requirements as ambulatory surgical centers (ASCs). The ratio of patients to open facilities would “increase significantly” in Austin, Dallas-Ft. Worth, and Houston, they write in their research brief. If non-ASC clinics did close across the state, the lone surviving ASC clinic in Austin would see an annual number of abortions performed jump from about 3,700 to almost 7,500. Researchers suggest a link with the “intermittent reduced supply” of abortion services in Austin to limited physician availability. And wait times at existing ASCs were 10 days or longer over the past year, they also note, meaning the centers can barely meet current patient demand.

Women would also be pushed from the first trimester of pregnancy to the second trimester, raising the annual number of those later-term abortions to about 6,600 in 2013 to nearly 12,400. “The increase in second-trimester abortion is concerning from a public health perspective, since later abortions, although very safe, are associated with a higher risk of complications compared to early abortions. Later abortion procedures are also significantly more costly to women,” says Dr. Daniel Grossman, a TxPEP co-investigator.

The research is part of a five-year analysis of the legislative impact on women’s health in Texas. The UT team, which has a partnership with Advancing New Standards in Reproductive Health at the University of California, San Francisco; Ibis Reproductive Health; and the University of Alabama-Birmingham, has already discovered other startling findings along the way, including a decrease in legal abortion; increased travel time to clinics; and data showing Texas women face at least one barrier to accessing reproductive health care.

Starting its new term today, SCOTUS will consider whether or not to take up the Texas abortion case. The number of abortion clinics in the state dropped by half – from 41 to 18 – due to the extreme laws.

“If you want to see the result of Republican leadership's devastating attacks on women's health, look no further than Texas,” said Planned Parenthood President Cecile Richards, fresh off being grilled by anti-choice Congressional members, in a statement. “This new report shows us that restrictions are forcing abortion later in pregnancy, if a woman can access a procedure at all. While abortion is an extremely safe procedure, it is safest earlier in pregnancy. This is making women undergo a more invasive procedure later in pregnancy, for political—and not medical—reasons.”