The long-running city dispute with White Lodging over fee waivers granted its Congress Ave. Marriott hotel project – in return for a prevailing wage structure on construction labor – will apparently end this week with White’s agreement to repay $2.4 million in previously waived fees. Guess the JW Marriott is doing okay. 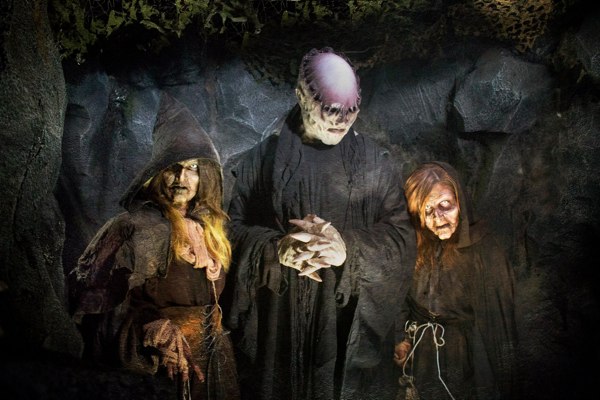 Not the Austin City Council (Photo courtesy of House of Torment)

That’s Item 11 on the consent agenda, although the guess here is that somebody will at least want to note aloud the city’s legal and political victory. According to the backup, Council approval will accept “White Lodging Services Corp.’s payment of the total development fees owed,” since White “did not meet the conditions” required under the waiver agreement. White Lodging will also dismiss its lawsuit against the city over the dispute, and the city will dismiss its countersuit to collect the fees. District 4 Council Member Greg Casar may want to take a brief victory lap, since he was spokesperson for Workers Defense Project when they informed the 2013 Council that White was not keeping up its end of the bargain. And perhaps somebody on the dais will have the cojones to note that “fee waivers” are not simply giveaways to corporations, but tools the city uses to negotiate community benefits. But don’t bet on it.

There are more than two dozen contracts (Items 6-35) listed on consent, awaiting Council approval, meaning it will be a crap shoot which expenditures Council members will want to pull for staff grilling – and dozens of departmental heads will be standing in the back of the hall for hours on the off chance that they will be summoned for a command performance before the dais. District 6 Council Member Don Zimmerman, for principle example, has already submitted questions to staff about eight of the contracts, ranging from payments for the city’s participation in the Emergency Communications District 911 database to the Austin Police Department’s vendor contract for civil service exams to management services for the Austin Tennis Center to an interlocal agreement with Leander. Will those be pulled for further review? We’ll find out Thursday – with maybe some hints at this morning's Council work session, which will also feature discussions on the progress at Development Services/Planning and Zoning, and a Council review of its own operating procedures.

One interesting contract (Item 27) not yet highlighted by Zimmerman is a 60-month contract for an eventual $3.9 million with Safeplace to assume the “forensic examinations and evidence collection for sexual assault survivors” – the previous vendor, the backup reports, terminated its contract earlier this year and the APD is asking Safeplace to provide the medical forensic staff to take on the job, either in hospitals or onsite. (The grand fiscal total is a bit misleading – since the state attorney general reimburses police departments for much of these services, the net total cost of the program to the city over 10 years is estimated at about $930,000.)

Other agenda items of note:

• A proposed resolution from the Planning and Neighborhoods Committee considering revising the rules governing neighborhood plan contact teams – the resolution is primarily exploratory, but in the committee it garnered resistance from some quarters anticipating pressure on existing contact teams to expand their memberships beyond the usual suspects.

• A brace of proposed annexations (10) mostly north and east, none of them large in acreage but possibly raising oppo on the dais from particular CM’s (e.g., Zimmerman, who’s repeatedly made it clear that the entire notion of city annexation gives him heartburn).

When they get to proclamations (the 68-item agenda doesn’t scream midnight, but you never know), former City Attorney and legislative liaison Karen Kennard will receive a Distinguished Service Award, and Council members will honor the Classical Mandolin Society of America (also figuring in the evening’s music), LGBT History Month, National Night Out, the Asian American Resource Center, and (fresh from All Hallow’s Eve) House of Torment – if the honorees manage to escape the metal detectors.