Down the Rabbit Hole … Still [UPDATE] 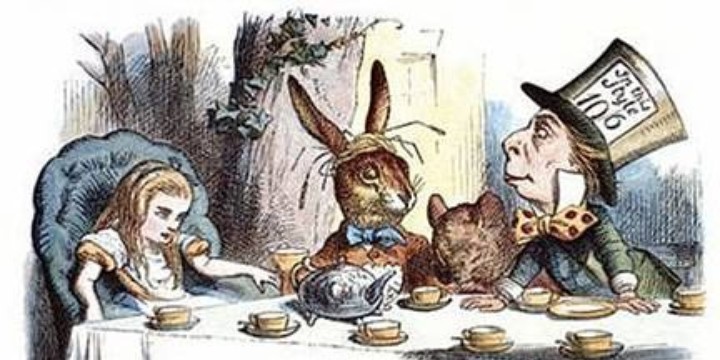 Not the Austin City Council (Illustration by John Tenniel)

This morning's meeting opened with a lengthy statement from Mayor Steve Adler, who was proposing a new brace of regulations (posted earlier on the Council message board). They were intended, he said, to “capture 85% of the bad conduct we’re trying to stop” (e.g., “bad actors” or party houses), and to “allow 85% of the good conduct" the city is trying to encourage (the best Council can do, he said). He made four proposals: six “unrelated” persons limit; a 10 or 12-person cap; two people per bedroom plus two; no “gatherings” of more than six people outside and no outside activity at all after 10pm.

Whether those proposals are enforceable – and whether limiting “gatherings” (or “assemblies,” in an alternative phrase), is even constitutional – wasn’t settled in the meeting, which ended just before noon. The mayor’s proposals did suggest an attempt to find a more moderate ground than those proposed by Tovo – some of which would effectively ban Type 2 (non-owner-occupied) STRs in neighborhoods zoned residential. Tovo did propose that a moratorium on new Type 2 licenses (approved in principle last Thursday) be enacted immediately instead of waiting until the working STR ordinance is codified by staff and returns to Council (now expected sometime in November).

After Adler argued that one intention of the regs is to encourage currently unlicensed STRs to register and comply with city rules, there was no majority for an immediate moratorium. Likewise, Council rejected a motion to waive the standard Board and Commission review of the eventual draft ordinance, instead simply directing staff to bring back the ordinance as soon as possible.

Tovo’s additional proposals (some of which were approved last week) — also posted on the Council message board – were postponed until the next available zoning meeting, Oct. 8.

“In another moment down went Alice after it,” wrote Lewis Carroll of his heroine, “never once considering how in the world she was to get out again.” Alice, of course, was chasing the White Rabbit – for last week’s Council, it was short-term rental regulations running away at high speed.

I owe the analogy to District 6 Council Member Don Zimmerman, who at one point during last Thursday’s (Sept. 17) hours-long discussion of what to do about STRs threw up his hands and said, “I’m having an Alice in Wonderland moment.” Zimmerman, generally a free-market fundamentalist, was skeptical of the entire attempt to regulate STRs, but his specific frustration at about 4pm – in a debate that would proceed, on and off, until nearly midnight – was Council’s ongoing attempt to add new layers of regulation without adding much in the way of resources to the Code Department, unhappily charged with enforcing existing regulations that all sides agree aren’t currently working (with Code getting much of the blame).

Zimmerman’s plaint was only one of many on the dais throughout the evening, with presiding Mayor Steve Adler and virtually every other Council member saying at one time or another, in Adler’s words: “I’m getting concerned that this isn't cooked enough for us to be doing it on the dais.” Nevertheless, they kept adding ingredients to the bouillabaisse, tossing in regulations that had been received from the Planning and Neighborhoods Committee, after having endured a nearly all-night public hearing in mid-August, and then having revisited the matter in a rather more perfunctory meeting a couple of weeks ago – adding more proposed regs in that process.

Despite all that hemming, hawing, simmering, and boiling, they’re still not done. After first agreeing on the dais to postpone the rest of the discussion until Oct. 1, late Friday afternoon the mayor posted a special-called meeting for tomorrow morning (Tuesday, Sept. 22) at 9am, to include a couple of other budget housekeeping matters but primarily to continue the discussion of STRs.

Should they manage to conclude that discussion and vote out a resolution, it will still require staff to codify the results into an ordinance, to be returned to Council sometime in the next couple of months, for formal adoption. Based on Thursday’s discussion, Council has thus far agreed (although seldom unanimously) to include in the resolution: stricter occupancy limits, mandatory inspections of various sorts, bans on events like parties or weddings, ending the "testing the waters" advertising provision, and preventing "clustering" of Type 2 (non-owner-occupied) STRs. Council also tentatively agreed on a one-year moratorium on Type 2s – at least until staff can take stock of how the new regs are working, and if the same problems are persisting.

Curiously, as D5 CM Ann Kitchen pointed out, the moratorium on licensing new STRs, if it happens, means, “No one else can add to the number, which makes the fact that you have that license that much more valuable.” There’s already a waiting list for new Type 2s – which are capped at 3% of the houses in a given census tract – so it’s at least possible that rental prices on existing STRs (of all types) will continue to spike. Nobody knows – indeed, a central Wonderland quality of the entire discussion is that nobody seems to know much at all about the best way forward. That hasn't stopped anyone on or off the dais from having extremely strong opinions about what needs to be done.

Everyone does seem to agree that the “party houses” – places rented out to large groups of visitors who proceed to disturb the neighbors’ tranquility over long and recurrent weekends – need to be curbed, although how to accomplish that remains a central conundrum. “Better enforcement” by Code is the demand – Zimmerman not only reiterated that sentiment, but mocked Code staff for having distributed branding souvenirs of their work. It was never made clear why Code is carrying so much weight (and the Austin Police Department so little) on so-called “bad actors,” who are presumably disturbing the peace. STR defenders point out that the documented offenders are in fact few – perhaps a couple of dozen in all – and at least some of those troublesome houses are owner-occupied (about which the new regs are silent). D1 CM Ora Houston said some of her elderly constituents are beleaguered by party houses, but won’t complain for fear of retaliation.

Mayor Pro Tem Kathie Tovo (D9) is driving many of the proposals, and she made it clear Thursday that her goal is not simply a moratorium and stricter regs. She asked instead for an “indefinite suspension” and an effective ban on “commercial” short-term rentals in residential neighborhoods. “Commercial” in this context is a term of zoning art – presumably any long-term rental is also commercial in the ordinary sense (a fiduciary exchange), but opponents want Type 2 STRs confined to areas zoned commercial – like, say hotels – although the city has previously defined STRs, for zoning purposes, as a residential use. Tovo is convinced that STRs, by driving up prices, threaten to “hollow out” central city neighborhoods for families; STR defenders, like the trade association the Austin Rental Alliance, argue that the relevant statistics (some confirmed by the city auditor), simply don’t reflect that, and that Austin’s high housing prices are primarily a consequence of lack of supply – the main reason that STRs exist in the first place, and certainly why they're so controversial. Opponents like "Save Austin Neighborhoods" insist Type 2s don't belong in otherwise residential neighborhoods, and are pushing for a ban.

None of this is likely to be settled in Tuesday’s meeting, and both Tovo and D10 CM Sheri Gallo (who has been straining mightily to establish some not yet realized middle ground) reiterated that whatever emerges from this week’s deliberations is only the next step in a lingering process. And before it’s done, it’s very likely to get curiouser and curiouser.

• Asked Austin Energy to draft a proposal to accelerate the acquisition of solar energy, in light of falling prices and federal credits scheduled to expire next year.

• Added the city manager, city auditor, the municipal court clerk, and the city clerk (Council direct reports) to the ranks of civilian city employees to receive the 3% across-the-board raise just approved with the FY 2016 budget.

• Approved for use by Megabus as a “transportation terminal” property at 15th and San Jacinto (a former gas station), over an appeal by nearby apartment owners.

• Over objections by CM Zimmerman, approved 10-1 a lease extension on Sixth Street for the Downtown Community Court (Zimmerman was hoping to exclude the Court from occasional overflow meetings at City Hall – which also have the effect, under state law, of banning firearms from the building, said ban being Zimmerman's real target).

• Held a pro forma public hearing (at which nobody testified) on the already concluded maximum FY 2016 property tax rate – that will also be officially approved Tuesday morning, although the budget approval last week effectively confirmed it.