Flush from its FY 2016 budget deliberations, Council returns to a regular agenda today (Sept. 17) with a manageable 90-Item agenda, a visit from the Singing Waiters … and the next step in wrangling short-term rental regs. 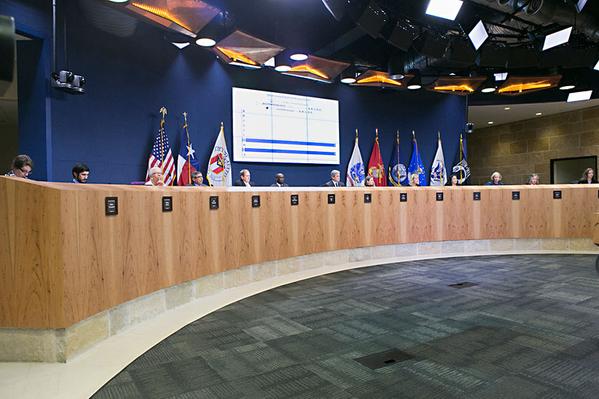 The short-term rental regulations (Item 78) return from the Planning and Neighborhoods Committee, scene of a near all-nighter in mid-August, when folks on all sides testified for, against, and at length on the proposed regulations, intended to contain “bad actors” giving rental houses a bad name (as de facto "party houses," over-booked, or otherwise flouting existing regulations and frustrating the Code Department). The Committee held another meeting Tuesday night, but did not invite public testimony, annoying the STR-friendly Austin Rental Alliance, which issued a press release saying that only half the proposed regulations had been addressed in the previous meeting.

“This is not representative of transparency or good public policy,” said ARA VP Bob Easter. “These are complicated policy recommendations, and the Council is acting without hearing from the affected people.” According to the ARA, only a dozen of the 1,200 registered STRs in Austin are generating the nuisance complaints to Code, and the proposed new regulations will only succeed in the driving the private rental practices “underground.” The city currently estimates a 72% compliance rate with current regs, while according to ARA, similar cities with stricter regs (Portland, San Francisco) are reflecting less than 10% compliance.

The ARA press release does not address regulatory issues other than the nuisance complaints about the commercial (Type 2) STRs, e.g., that they are effectively removing conventional residential housing from some central-city neighborhoods, thereby driving up housing prices for other residents. In theory, STRs are restricted to only 3% of the housing stock in a given census tract, and only seven tracts have officially reached that limit.

Also in theory, previous public testimony at the committee level precludes or strictly limits testimony before the full Council, so we’ll learn what effect that might have on today’s Council discussion.

Other Items to watch:

• Items 69-71: Proposed 3% pay raises to City Manager, City Auditor, Municipal Court Clerk, City Clerk – pro forma in keeping with across-the-board raise for all civilian employees under adopted budget, but expect some oppo from conservatives who didn’t like the raise and don’t like management.

• Miscellaneous contracts: It’s become a guessing game wondering which staff-negotiated and -administered contracts will raise objections from one or more Council members – Item 8, a troubled water infrastructure agreement that needs adjustment, was worked over pretty thoroughly at Tuesday’s work session; Item 18 (marketing contract for Austin Conventions and Visitors Bureau) and Item 20 (cultural arts contracts, one specifically with Zach Scott Theatre) might raise some hackles on the dais.

• Item 27: Zimmerman reflexively opposes any arrangement with Foundation Communities because of its ongoing affordable housing projects; this contract supports client outreach for the federal Affordable Care Act, so it may draw double fire.

• Item 39: The Historic Cemeteries Master Plan drew extensive objections in earlier meetings; it might not yet be all played out before final approval.

• Items 52-53: Contracts dealing, as these two do, with equipment and software for the Library system, persistently draw flak from the conservatives (Zimmerman likes to brandish his smartphone as making libraries obsolete).

• Item 81: An eminent domain action for a public park (also flood control) on what used to be an Onion Creek home; might also raise generic opposition from Zimmerman.