The decision, rendered by independent hearing examiner Thomas A. Cipolla, affirmed that Hopkins, 34, was reasonably fired for insubordination, unreasonable disruption of the workplace, and acts bringing discredit upon the department.

Hopkins’ trials with APD began back in Nov. 2013, when he was suspended for eight days for the role he played in a May 2013 arrest. The suspension snowballed into a lengthy stay on restrictive duty and, eventually, after retaliatory efforts (both sides have played the victim), Hopkins’ Oct. 2014 termination. Since, Hopkins has become one of the most vocal opponents of APD and Chief Art Acevedo. Hopkins also became a thorn in the side for many of those in city offices. He reportedly filed more than 400 open records requests in the last year and a half. (See “House Arrest,” Dec. 19, 2014, for a lengthy breakdown of Hopkins’ battle against executive brass.)

Cipolla’s opinion notes the “overwhelming preponderance of the evidence” that Hopkins “simply cannot follow an order.

“He routinely challenged the Chief’s orders as being either ‘unlawful’ or ‘illegal’ without any explanation or rationale for this conclusion. He is told to comply with the Public Records Act and the chain-of-command and repeatedly does not do so. He is advised that his continued failure to follow orders may be considered insubordination and that penalties including indefinite may ensue.

“Yet he simply goes on his way asking elected officials, City management and the Chief to respond to his requests for information.” Cipolla notes, in retrospect, that Hopkins should have adhered to the “Obey now, grieve later” approach to his problems with chain of command and management. “The Appellant could have obeyed and taken the channels necessary to challenge orders he felt were wrong,” noted Cipolla. Hopkins declined an interview with the Chronicle, saying that the civil lawsuit he filed against the city in August prevents him from speaking. However, he noted that Cipolla’s ruling is being appealed to District Court, and that he’s taking a corporal/detective exam in early October. 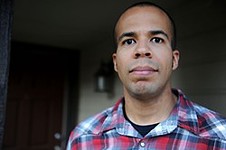