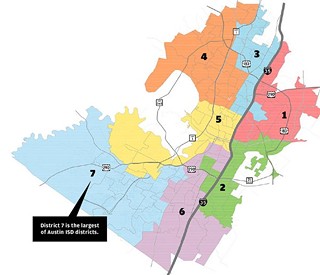 As applications closed to fill the empty Austin ISD District 7 seat, trustees will have to pick between two contenders: Yasmin Wagner, who came second in the election for the seat last year, and Jonathan Dale Sump.

The seat became empty earlier this year when incumbent Robert Schneider died of cancer. With over three years of his term left, trustees could either call a special election this November, or appoint an interim trustee for the next year, and place the seat on the November 2016 ballot. A divided board ended up going with the interim process, and gave interested applicants until Sept. 8 to file the paperwork.

Ultimately, only Wagner and Sump are in contention. A third applicant filed their paperwork, but withdrew before the closing date, citing to the board an inability to guarantee the time required for fulfilling the duties of the office. Due to that withdrawal, the district will not be releasing that person's name.

A corporate manager at the City of Austin's Public Information and Marketing office, and a former creative director at computing firm AMD, Wagner is undoubtedly the better known of the two candidates. She challenged Schneider in the election last November, losing 52%-48%. Trustee Ted Gordon had pushed for her to be automatically selected to replace Schneider, but the board rejected that proposal (in no small part because they felt it would set a bad precedent for future vacancies). She also has more history with the district, having served as a representative on the Austin Council of Parent Teacher Associations and as a member of the district's Boundary Advisory Committee. However, she is also likely to face questioning about the failure of local non-profit Family Connections. Wagner was its treasurer in 2010 when it filed for bankruptcy after revelations that president Louanne Aponte had embezzled $1 million.

The board will then interview candidates in the week of Sept. 21, and make a final decision on Sept. 28.