Guns in; refugees out 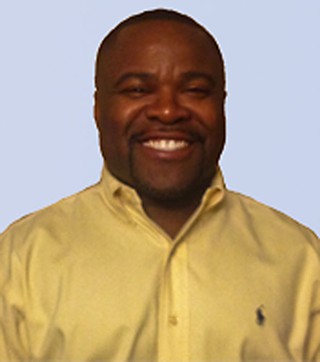 In this week's News Roundup: The retirement of several Democrats in the state house leaves vacancies for Tea Party candidates to fill, a former Council candidate says that city hall must allow concealed guns on site, a U.S. Congressman wants to keep Syrian refugees out of the U.S., and more.

• More Guns Needed: Local gun merchant and also-ran District 1 City Council candidate Michael Cargill has reportedly informed Mayor Steve Adler that the city's "30.06" signs (forbidding firearms at City Hall) must go, as they were rendered obsolete by the most recent Legislature, which installed instead an arcane "official sign" process designed to make it as difficult as possible to prevent armed concealed-handgun owners from entering any place they wish. Cargill has a City Council ally in District 6 Council Member Don Zimmerman, who (according to a Sept. 1 Fox 7 report) personally reversed at least one of the signs last week. The signs were later removed, and Adler told a reporter that the city would need to acquire the correct signage. Considering the highly emotional rhetoric and tense atmosphere that occasionally takes place in Council chambers, adding unofficial firearms to the mix doesn't sound exactly reasonable. But Cargill insists that CHL owners "want to be able to protect ourselves on property that we are paying taxes for." That the rest of us might want to be protected from potentially unhinged CHL owners – or even less stable armed allies – doesn’t carry much legal weight in Texas. – Michael King

• Another Empty Seat: Add one more name to the list of legislators not returning in the 2017 session. Rep. Ruth Jones McClendon, D-San Antonio, has announced she will not run for re-election after finishing out her 20th year in the House. A three-term chair of the House Rules and Resolutions Committee and a powerful voice on the pivotal House Transportation Committee, she joins confirmed Democratic departures including Joe Farias of San Antonio, and House Appropriations Vice-Chair Sylvester Turner of Houston. On the Republican side, House Public Education Committee Chair Jimmie Don Aycock, House Appropriations Chair John Otto, legislative institution Jim Keffer of Eastland, Allen Fletcher of Cypress, and Patricia Harless from Spring are all quitting the House, while Troy Fraser and Kevin Eltife are departing the Senate. Eltife's departure means at least one more face gone from the House, as Republican reps Bryan Hughes of Tyler and David Simpson of Longview vie to replace him.

While still relatively small in number (especially compared to the mass departures of recent years), the withdrawal of Otto, Aycock, Turner, and now McClendon marks the loss of a huge amount of institutional knowledge, and moderating influences on the fringe right. Meanwhile either Hughes or Simpson (both Tea Party favorites) replacing Eltife means that fringe getting a stronger grasp on the Senate. – Richard Whittaker

• McCaul Rejects Refugees: As newspapers around the world carried the photo of Aylan Kurdi, the 3-year-old Syrian boy who drowned as his family tried to flee the conflict engulfing their country, America's failure to accept refugees from the civil war has come under international scrutiny. However, House Homeland Security Chair Mike McCaul, R-Texas, argues the U.S. should be doing less, not more, to give Syrians safe harbor.

For context, the Office of the United Nations High Commissioner for Refugees has registered 4.1 million Syrian refugees (18% of the nation's pre-war population), almost half of whom are currently seeking shelter in Turkey. Since the beginning of the year, America has only accepted 1,500 Syrian refugees, with an estimated 300 more to be admitted by the end of the year. Congressional Democrats have asked the Obama administration to take in 65,000 Syrians. However, McCaul, whose district includes areas of Austin, stated over the weekend that he opposes bringing more refugees from Syria. His reason? Because the U.S. does not have enough intelligence on each of the 4 million people currently fleeing extreme violence.

This is not a new position for McCaul. Back in February, when the Syrian civil war was a mere ember compared to the current conflagration, he warned that the Obama administration had created a "Jihadi pipeline" that would allow ISIS and al-Qaeda to deploy operatives in the U.S. – R.W.

• Welcome to Mexico: There may be a thaw in relations across the Texas stretch of the U.S.-Mexico border, as Gov. Greg Abbott took his first official trip as governor to Mexico. This was the first trip by a Texas governor since former governor Rick Perry attended a meeting of Mexican and U.S. border governors in 2008. During his three-day trip, Abbott met with senior Mexican officials, with issues of cross-border security and business collaboration heading up the agenda. Abbott is scheduled to meet with President Enrique Peña Nieto on Tuesday, and the Mexican president is expected to announce a reciprocal trip to Texas. – R.W.

Bring Your Calculators: City Council gets budget serious this morning (Sept. 8) at 9am, as they will finally march through the myriad potential amendments to the FY2016 proposed city budget. Over the Labor Day weekend amendments were flying to the Council message board, beginning with lists filed on Friday by Mayor Pro Tem Kathie Tovo (District 9), D1 Council Member Ora Houston, and D7 CM Leslie Pool, and that evening Mayor Steve Adler posted his suggested "Budget Adoption Process." It's a bit of a moving gargoyle, as it attempts to marry the extant Council Concept Menu (now called the "Council Concept Budget") with the incoming additional revisions and suggestions arriving from Council members. It's now in spreadsheet form – beginning with the budget staff amendments, designed to accommodate the increases in certified property tax income as well as higher than anticipated sales tax income, meaning a significantly lower property tax rate. The entire Concept Menu is incorporated, and the mayor requests that Council members post additional suggested amendments to the message board by Monday at 5pm (other amendments can be moved from the dais). Meanwhile, CM Pool posted additional changes just after midnight Saturday morning, and Saturday afternoon D2 CM Delia Garza made additional process suggestions. The rest of the members are presumably compiling their own lists at top speed. Follow the action today in person or on ATXN.TV; you might want to have handy an accountant and an interpreter. – M.K.