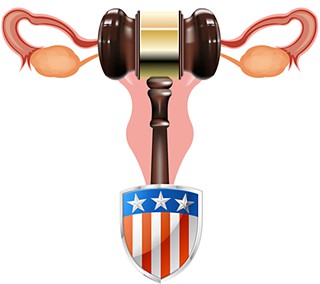 As promised, Texas abortion providers are taking their legal fight against draconian state regulations to the U.S. Supreme Court.

“It’s been a long and arduous road to get to today’s filing, but that’s nothing compared to the obstacles that Texas women seeking reproductive health services will face if the Supreme Court of the United States denies our request and allows HB2 to fully go into effect,” said Amy Hagstrom Miller, president and CEO of Whole Woman’s Health, one of the plaintiffs in the ongoing case against state officials.

The high court temporarily blocked the final provision of the four-part abortion restrictive law, known as House Bill 2, in late June (see “SCOTUS Blocks HB 2 – For Now,” July 3), after the the 5th Circuit Court of Appeals downplayed barriers the law imposes on women and ruled it constitutional earlier that month.

The 5-4 SCOTUS decision came just days before the law was set to take effect; if the justices had not intervened Texas clinics would have been forced to comply with the same requirements as ambulatory surgical centers. The hospital-like building changes are not only expensive and unnecessary, but seen as potentially dangerous by major health organizations and reproductive rights advocacy groups. The court granted the temporary block until it considers a request to review the full case (the earliest would be October, when the court comes back for their next term.)

That request came in a nearly 50-page filing to the Supreme Court Wednesday, Sept. 2. Providers in Whole Woman's Health v. Cole, represented by the Center for Reproductive Rights as well as Austin-based firm O’Connell and Soifer, hope the court will permanently halt the ASC provision from being enforced and repeal the requirement that doctors obtain admitting privileges at a hospital no further than 30 miles of where the abortion is performed. (The other two parts of HB2, a rule banning abortion after 20 weeks of pregnancy and a requirement that forces abortion doctors to follow outdated FDA protocol when administering abortion drugs, have already gone into effect.)

Providers contend the 5th Circuit’s decision is in “direct and acknowledged” conflict with decisions from the 7th and 9th Circuit Courts, as well as the Iowa Supreme Court, which hold that courts, “must examine the extent to which laws regulating abortion actually further a valid state interest in assessing whether the burdens they impose on abortion access are undue.” While the 5th Circuit applied a narrow approach (and didn’t seriously factor in barriers women face), the 7th and 9th Circuit courts used a so-called balancing test for undue burden that weighs the obstacles for women against the state's purported health interest, creating a divergence in Circuit court rulings.

Abortion providers argue the ruling “flouted longstanding [Supreme Court] precedent” by defying standards set by seminal 1992 abortion-rights case, Casey v Planned Parenthood. The 5th’s inability to find that the “abrupt closure” of more than three-fourths of Texas abortion clinics would create substantial obstacles to abortion access, “makes a mockery of the standard articulated in Casey,” they write. Such “blatant defiance” of the Court’s precedents calls for review.

Providers also call into question the law’s ability to uphold Fourteenth Amendment guarantees as it, “fails to respect [a woman's] equal citizenship status and would force her to grapple with unnecessary and substantial obstacles as a condition of exercising her protected liberty.” Review from the nation’s highest court is needed to avert “profound and irreparable harm” to Texas women, they conclude.

Some legal experts view the Texas case as the most likely to reach SCOTUS, as the Chronicle previously reported (see "Next Stop for HB 2 – The Supreme Court?" June 26) and the health care providers themselves voice confidence in the possibility of the high court taking their case. They point to the fact that the Supreme Court has now stopped parts of HB2 twice and while five justices allowed the temporary block, only four justices are needed to approve a request.

Before HB2 went into effect, the state had 41 abortion clinics. The ASC rule is expected to shut down at least 10 of the remaining 19 clinics in the state and leave nearly 1 million women more than 150 miles from the nearest provider. Whole Woman’s Health was forced to permanently shutter its North Austin clinic (now transformed into an abortion rights non-profit) and its clinic in Beaumont.

“Our ability to get safe medical care should not depend on whether we have the resources necessary to navigate a horrific and complex obstacle course dreamt up by anti-choice lawmakers,” said Miller. “This is the real world and these laws have real implications on real women’s lives.

You can read the SCOTUS filing here.