Enticed by the colorful murals, neighborhood pride, and affordable homes, Kristen Hotopp bought a house on Garden Street just off East Cesar Chavez in 1999. Back then, she recalls, the neighborhood was a close-knit Latino stronghold. 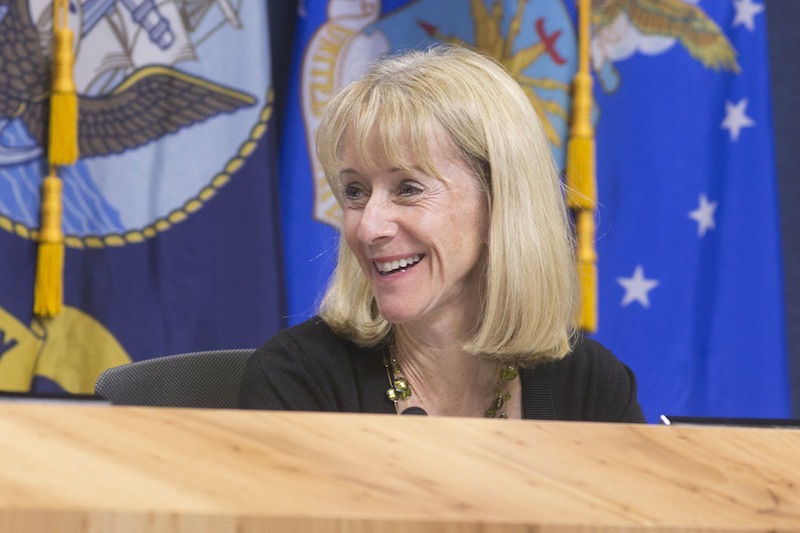 Today, the paleteria carts no longer come down her street. Instead of having neighbors, Hotopp said she’s raising her 2-year-old son amid a nonstop stream of bachelor party attendees and business-trippers who frequent the short-term rentals (STRs) that have surrounded her small Thirties bungalow.

Garden Street and the rest of the neighborhood are overwhelmed by the sort of “party houses” that give STRs a bad name. Advertised as “walking distance to Downtown and Rainey Street,” some of these properties charge as much as $1,000 per night for groups of up to 24 guests per home. Search Airbnb’s site, and there are 188 listings in Hotopp’s census tract alone, even though city ordinance stipulates that no more than 3% of any tract may be used for nonowner occupied, or Type 2, STRs.

Despite the fact that vacation rentals have always been available for short-term use in Austin, the emergence of sites like Airbnb, HomeAway, and VRBO to globally advertise these properties has generated a huge demand among travelers and plenty of owners willing to meet it. Since the ordinance was enacted in 2012, Type 2 rentals have generated far more controversy than homes where the owner rents out just a portion of their property.

As the number and monitoring of Type 2 STRs grows, the Austin Code Department has asked for changes to help make enforcement more effective.

In June, Council Member Sheri Gallo sponsored a resolution to task city staff, including the Austin Code Department, with drafting their recommendations to update the ordinance to bring the situation under control. In addition, the Austin Code Department announced a pilot program to beef up enforcement, staying on-call from midnight to 4am every weekend in July and the first week of August. Council will take up the issue at today's (Aug. 11) work session; city staff will present their findings to Council this Thursday, Aug. 13, and Gallo will present a resolution (agenda Item 9) directing the city manager to undertake certain administrative changes immediately, and to draft code amendments (see below). Update: Council indicated in today's work session that they will postpone this item on Thursday, remand it to the Planning and Neighborhoods Committee on Monday, which is where the public hearing will happen, and reconsider it at next week's Council meeting, Aug. 20th.

Mayor Pro Tem Kathie Tovo, who voted against the ordinance in 2012, says she intends to sponsor a resolution to begin making recommended changes within the month. “These recommendations are low-hanging fruit,” she said. “At the bare minimum, we should immediately repeal the provision that prevents advertisement of a short-term rental to be used as evidence of operation.”

This amendment, known as the “testing the waters” provision, has roundly been criticized as a stumbling block for bringing illegal units into compliance. It allows people to begin advertising their property before obtaining an STR license in order to get a sense of whether demand exists. However, that means that owners can avoid punishment for illegally operating without a license by claiming that their advertisements are testing the waters, and not evidence of actual rental activity.

Joel Rasmussen is founder and president of the Austin Rental Alliance. He describes his association as “the people following the rules before there were rules.” He too supports removing the testing-the-waters amendment from the ordinance, but bemoans the bad reputation he says just a few party houses give all short-term rentals.

The future of STRs in Austin may be determined by whether the City Council and citizens define their activity as residential or commercial. The rentals generate license fees and hotel occupancy taxes, but advocates say they’re not businesses.

“This is a residential activity,” says Matt Curtis, director of government relations for HomeAway. “And at just 3 percent of the housing stock, clearly it’s not affecting affordability.”

Tovo doesn’t agree. “I absolutely believe it is a commercial use. If a house is used 100 percent of the time as hotel-motel, it’s no longer a house available to long-term renters.”

In the meantime, Mayor Steve Adler is on an ambitious path to increasing resident housing in Austin by 100,000 units by 2025. In 2013, an amendment made to the short-term rental ordinance allows up to 25% of multifamily units in commercially-zoned areas to be taken off the market for use as STRs. Given that, Tovo said, “even if every short-term rental owner was a good actor, we would still need to be concerned for long-term planning because we are in a housing crisis.”

Provisions of the Gallo resolution

The city manager is directed to:

• Provide clearer public information on how to make a complaint about an STR, post it prominently online, include it in the notifications that are sent to surrounding properties, and re-evaluate existing processes for tracking complaints.

• Require STR applications to include language requiring the applicants to promise they will: comply with any deed restrictions and restrictive covenants on the property; “certify that … the information provided in this application is complete and accurate” [!]; and not rent the property above the legal occupancy limit.

• Provide a funding proposal to ensure that the Austin Code Department recovers its costs for the STR program, and have it ready for Council to discuss during the current budget process.

• Work with the Travis County Sheriff’s Office on STRs on the city’s fringes.

• Process amendments to the Austin City Code to:

1) Reinforce the existing requirement to include license numbers in advertisements.

3) Apply inspection requirements to STRs, the same as those required of boarding houses, hotels, rooming houses, and bed and breakfasts.

4) Require inspection, including septic systems, during the application or approval process.

8) Set an occupancy limit for STRs as the lesser of: six adults (four in secondary dwelling units), or two adults per bedroom.

9) Prohibit occupancy of an STR when the building permit prohibits occupancy.

11) Authorize the code official to suspend or revoke a license when there is false information on a license application or when the license is issued in error.

• Time frame: The city manager is directed to bring the proposed code amendments to Council for consideration within 150 days, and to fully implement all changes that do not require code amendments within six months, with monthly updates until all changes have been implemented.

Editor's note: This post has been updated to reflect that Council has postponed Gallo's resolution.