Walking down Johnny Morris Road is treacherous exercise. Frequently the thin strip of shoulder disappears into overgrown brush on the side of both lanes.

At certain points the grass is so thick pedestrians have to nudge into oncoming traffic.

Family and friends departed Barbara Jordan Elementary School Saturday morning and walked mostly single-file down the stretch of road where they would place a memorial “ghost bike” on the side of the road where Brian Silva, who would’ve been 17 last Friday, was killed. 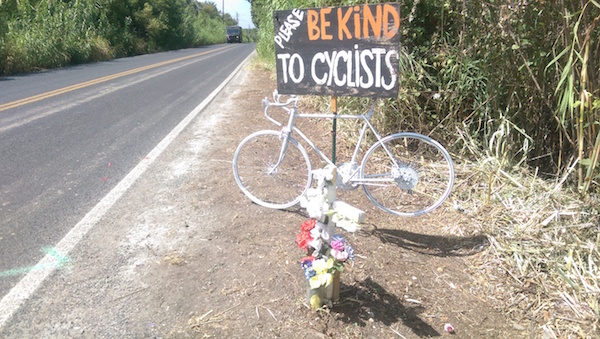 Letting white balloons escape into the sky, they remembered a teenager who was a basketball fanatic, and, according to teachers, “knew how to make people feel included.” His presence, they say, will be felt even more keenly when school begins again later this month.

The then-16-year-old Silva died on June 6, after being struck by a car on his way to a friend’s house after work. Silva had just bought the bicycle with money he’d earned at his weekend job at the 290 Flea Market. His friend, 17-year-old Jacinto Torres, said Silva had sent him pictures of his new wheels, and the two planned an inaugural ride. Silva never arrived, struck down just two or three minutes away from Torres’ home. 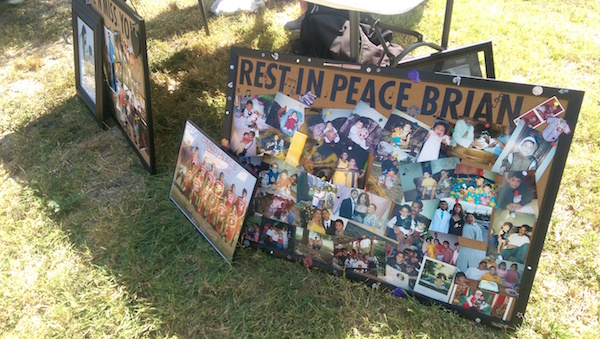 “He was messaging me, sending me pictures of [the bike],” Torres said. “He was excited. He told me he was going to go to my house.”

Following the procession of family, teachers, and friends, the one image stuck in my head is Brian at 14 or 15 years old, sticking his head through the window of my concession stand. I worked at the flea market for two years in college, and I remember his chewed-up cups of Sprite like it was yesterday. Refill? “You gotta buy a new cup,” I told him.

Please BE KIND to Cyclists executive director Al Bastidas reached out to the family after Silva’s death. In 2002, Bastidas was struck by a distracted driver and suffered multiple head injuries. One affects his short-term memory, and the other damaged his balance and coordination. When he realized he could no longer work as an engineer, he dedicated himself to installing these types of memorials, where he says the real healing for families can begin.

Silva’s mother, Diana Guerrero, expressed concerns about police communication with the family, saying she struggled to get any information about the death of her son. On Sunday morning, June 7, with APD labeling her son a runaway, she scoured the fields near Johnny Morris with a towel and water, hoping to find her son alive. Instead, she got a phone call from her older son, Osman Silva, who called her to the scene of the crash.

“And then [APD] came back and said your son has died,” Guerrero said. “Just like that. That’s all they told me.”

She also expressed outrage over the fact that the driver of the car hasn't been charged with a crime for the accident. APD, citing an open investigation, declined the Chronicle's request for comment.

“I told them, ‘What does it mean for the people? Everybody who kills a person - no matter where you’re driving - you can kill a person and stand right there, and nobody’s going to put any criminal charges? Because you stayed right there?’” she said, referring to the fact that the driver of the car that hit Silva called an ambulance and waited with Silva after the accident. “That’s not right. Because it’s a life. It wasn’t an animal. My son was a son.”