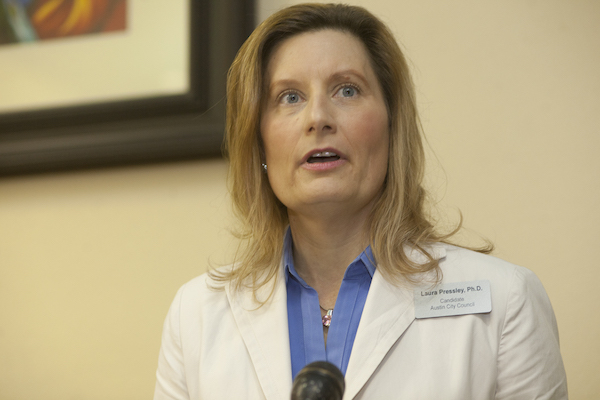 Judge Mills reiterated his “no evidence” summary judgment against Pressley’s contest (initially issued May 26), declared Casar the winner of the District 4 Dec. 16 runoff, and granted sanctions on the grounds that Pressley and her attorney knowingly pursued frivolous claims against Casar, Travis County Clerk Dana DeBeauvoir, and other county and state officials. Mills reiterated at length that Pressley and Rogers made no attempts at “reasonable inquiry” to confirm whether their claims – including of election irregularities as well as criminal conduct by public officials – had any evidentiary basis. The judge ruled that by their actions, Pressley and Rogers had violated the Texas Civil Practices and Remedies Code. Accordingly, he assessed $40,000 in sanctions against Pressley and $50,000 against Rogers, to address in part $150,000 in attorneys’ fees already incurred by Casar, and another $8,000 in related expenses.

Pressley has previously filed notice of an appeal of the judgment and the sanctions to the Third Court of Appeals, and is currently represented by Austin attorney Mark Cohen. Judge Mills additionally ruled that should Pressley unsuccessfully pursue her appeals through to the Texas Supreme Court, she and Rogers could be liable for $65,000 in additional sanctions.