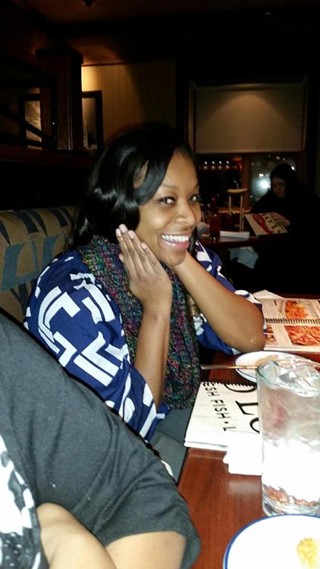 Sandra Bland's family does not believe she was suicidal. (Courtesy of Facebook)

Waller County District Attorney Elton Mathis announced yesterday, July 20, that his office is opening an investigation into whether the death of Sandra Bland was a murder.

Bland, a 28-year-old Prairie View A&M graduate, was arrested July 10 after a DPS officer pulled her over for allegedly failing to signal while changing lanes. She was accused of assaulting a public servant. Bland had been traveling back to her alma mater to start a new job. On July 13, Bland was found hanged in her jail cell.

Although the Waller County Sheriff first reported that Bland had committed suicide, Mathis said there were “too many questions that need to be resolved.”

Bland’s family does not believe that she was suicidal; she was about to start a new job, and had “a lot of things going on her life for good,” as Mathis put it. Bland, a black woman, was a vocal critic of institutional racism – her Facebook profile picture was the words “Now legalize being black in America.” A video taken by a passerby during Bland’s arrest shows her being restrained on the ground by two officers and yelling, “You just slammed my head on the ground, do you not even care about that?”

Waller County Sheriff Glenn Smith was fired from his job as Hempstead police chief in 2007 after the Hempstead City Council viewed videos of Smith’s officers engaging in racially discriminatory behavior. Upon review of the circumstances of Bland’s death, the Texas Commission on Jail Standards has cited the jail for substandard training on how to handle potentially suicidal inmates, as well as failing to observe inmates at least once an hour (a surveillance video shows Bland’s cell unattended for 90 minutes before her body was found). In 2012, the jail was cited for failure to follow the one-hour rule after an inmate died while in custody. Like Bland, he was found hanged. Although that death was viewed with suspicion as well, nothing appears to have come of a subsequent investigation.

The DPS officer who stopped Bland has been placed on administrative leave for possibly violating policy and procedure in his arrest of Bland. Before Mathis’ announcement on Monday, the FBI and the Texas Rangers had already begun investigating Bland’s death.

The case has caught the attention of Bland’s fellow activists, some of whom attended a vigil for her at the Hope AME Church in Hempstead on Sunday, July 19. The tragedy is a reminder that a lack of accountability in jail standards can be deadly. Texas Jail Project Executive Director Diana Claitor believes that Texas can do two things to prevent similar deaths in custody. “We need there to be more training of jailers to have the knowledge and temperament to take their role as caretaker very seriously – because the emphasis on security and regimented rules leads to jailers who do not pay attention to the person who may be sick or angry or mentally ill. Jailers need to look after the people in their care as if each was a relative instead of viewing them as the enemy.

“And secondly, we need the jail and jailers to be thoroughly investigated each and every time a person dies of suicide or any death inside the jail itself, because it appears to us that officials take a fairly cursory look at these deaths and too often take the word of the officers and the logbooks as the only source of information. We need independent investigations by someone other than the Texas Rangers, who are not transparent in the least and are extremely connected to the local law enforcement.”