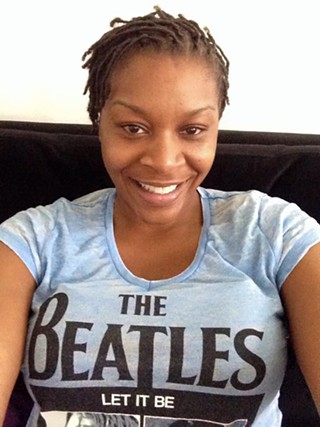 In this week's News Roundup, Bernie Sanders gains momentum, troubling details emerge in the Waller County death in custody, Gov. Abbott decides guns are the solution for the National Guard, and more.

• Emerging details about the death of Sandra Bland in police custody in Texas raise more questions than they answer. Bland was headed from her native Illinois to a new job at her alma mater of Prairie View A&M when she was pulled over on July 10 for changing lanes without signaling. She was subsequently arrested for assault of a public servant. Three days later she was found dead in her cell. The Waller County Sheriff's Office said that she had committed suicide, a position backed up by the Harris County Institute of Forensic Science, which ruled that Bland had hanged herself. However, concerning details have arisen, not least that Waller County Sheriff Glenn Smith was fired from his previous job as Hempstead police chief over allegations of racism. Concerns were exacerbated by a Texas DPS statement just before close of business on Friday that the arresting officer had violated department procedures.

Elected officials are demanding to know what happened, with Congresswoman Sheila Jackson Lee, D-Houston, contacting the U.S. Department of Justice. At the state level, Sen. Lois Kolkhorst, R-Brenham, has called for "a full and thorough investigation by state and federal authorities," while Sen. Rodney Ellis, D-Houston, requested that the Texas Commission on Jail Standards review practices and procedures at the jail. Sen. Royce West, D-Dallas, has written to DPS Director Steve McCraw, asking for the immediate release of all information about her pursuit, arrest, and death.

One recording, taken by a passerby, has already been placed online. The video shows two law enforcement officers restraining Bland on the ground, and one of the officers ordering the citizen to leave, even though he was nowhere near the police, and was on public property. – Richard Whittaker

• Presidential hopeful Sen. Bernie Sanders continues to attract crowds and, increasingly, headlines as his tour through Texas shows swelling support for the progressive candidate. Although serving in Congress as an Independent, Sanders has announced he is seeking the Democratic nomination for the 2016 presidential election, and has quickly become the lead challenger to presumptive nominee Hillary Clinton. On Sunday, Sanders' campaign announced that 8,000 people attended an appearance by Sanders in Dallas, followed later that day by a crowd of 5,200 at the University of Houston. – R.W.

• In the wake of the shooting deaths of four U.S. Marines and a Navy Sailor in Chattanooga, Tenn., Gov. Greg Abbott has instructed Adjutant General John Nichols to allow Texas National Guard personnel to be armed when they are at military facilities. At the federal level, there are congressional plans to include the right of active service personnel to carry firearms on base when the National Defense Authorization Act is re-authorized. The carrying of weapons on base is currently limited to military police and qualified staff deemed necessary to ensure base security – a policy introduced under the administration of President George H.W. Bush. Not everyone supports the proposed changes: Army Chief of Staff Gen. Ray Odierno has said that, while there will be a review of security measures at recruitment facilities like those attacked in Chattanooga, he does not support "over-arming" staff on base, citing fears of accidental discharges. – R.W.

• New leadership for Texas AFL-CIO as current secretary-treasurer John Patrick. He will head up the union federation, which represents 235,000 from around the state. He succeeds Becky Moeller, the group's first-ever female executive, who has retired at the end of her term.

Patrick's union career began in 1972, and has been a pivotal figure in several contentious wage and contract negotiations within the metalworking industry. Since 2010, he has been the statewide group's secretary-treasurer, as well as a part of the Democratic National Committee since 2004. Patrick was elected to his new position by acclamation at the 56th Texas AFL-CIO Constitutional Convention, held over the weekend in Austin, while labor and civil rights lawyer Rick Levy takes his former post. – R.W.