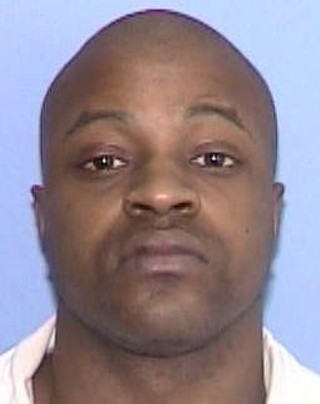 Clifton Williams, the 31-year-old Tyler native set for execution this evening (Thursday) for the 2005 murder of 93-year-old Cecelia Schneider, received a stay of execution from the Court of Criminal Appeals after the CCA decided it needed more time to review a last-minute habeas application filed by Williams’ attorneys.

The application, delivered to the CCA on Wednesday, came in response to a letter the Texas Attorney General received June 30 from the Texas Department of Public Safety informing that it was notified in May of “errors in the FBI-developed population database.” The letter, Williams’ attorneys Seth Kretzer and James Volberding note, “explained that these errors affected the DNA testing in Texas back to 1999.”

Williams, convicted for stabbing, strangling, beating, and eventually setting fire to Schneider’s body before making off with her Toyota Camry, was tried for the murder in 2006. Central to prosecutors’ DNA argument was a Newport cigarette left in the ashtray of Schneider’s Camry and spots of blood left on the outside of the car. Williams’ trial attorney protested Williams’ guilt in both his opening statement and a subsequent challenge of DNA testing to no avail. Later in the trial, Casey DuPont, a forensic supervisor, was brought in by the state to test scene blood samples for matches. DuPont found that the DNA from the dashboard contained a “mixed DNA profile.” Williams, she determined, was the major contributor. Williams attempted to prove during his trial that his friend, Jamarist Paxton, forced him to break into Schneider’s house with him, and coerced Williams into cutting his hand so as to leave his DNA at the scene.

Williams’ attorneys argued on Wednesday that the CCA can not put its outright faith in the state’s assessment that the FBI-developed error bore no effect on Williams’ trial, and urged the court to give their client more time to issue a challenge. Williams would have been the 10th Texan executed this year had he been sent to the gurney this evening. Until Wednesday, his attorneys have attempted to present him as too mentally ill for execution.