A handful of Texas counties continue to resist SCOTUS 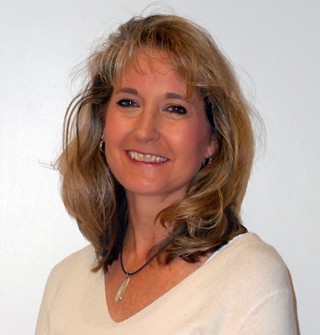 While progressive counties like Travis were “overjoyed” to issue marriage licenses to same-sex couples following the recent historic U.S. Supreme Court ruling, some counties across Texas haven’t been as eager or willing to do the same.

To the rescue, Austin-based attorneys and one local activist are helping defend couples in those hostile counties.

On June 29, Jim Cato and Joe Stapleton – a couple of 27 years – were denied a license in Granbury, Hood County (southwest of Fort Worth) over the phone; they were again denied in person on July 2, according to court documents. When visiting the office, Cato and Stapleton were told the clerk did not have the “proper forms,” however, when the couple pulled out a copy of a revised application they brought along, the assistant deputy clerk failed to accept it. Shortly thereafter, Clerk Katie Lang told them to exit the office, and requested the sheriff come “stand guard.”

That’s when Austin attorneys Jan Soifer and Austin Kaplan stepped in, hand-delivering a notice to file suit if they continued to refuse the couple. While the assistant deputy clerk began typing their basic information on the gender-neutral forms, she stopped and asked, “Which one of you will be the husband?” When Cato replied that they would both be, she responded with an “insulting” remark that it was not possible. At the end of the day, Lang refused to issue the license. The conservative Fort Worth-area clerk hasn’t been shy about her personal reasons for doing so – in a statement on the county’s website, she writes, “The religious doctrines to which I adhere compel me to personally refrain from issuing same-sex marriage licenses,” but goes on to say her staff, on the other hand, would have to comply with the high court’s decision.

On Monday morning, Soifer and Kaplan filed a federal lawsuit on behalf of the distressed couple claiming a violation of constitutional rights – within hours Hood County (not Lang herself, but a deputy clerk) granted them a marriage license. Eventually receiving their license doesn’t change the fact that Lang has been “willfully violating” the U.S. Constitution, they said. The suit won’t be dismissed until Lang’s office issues marriage licenses to all couples without delay and agrees to pay for the couples’ legal fees for being compelled to file suit, they said. (Lang has legal backing from Plano-based Christian conservative Liberty Institute.) Moreover, the entire incident has left the couple with a “humiliating and degrading” experience.

“Jim Cato and Joe Stapleton are delighted that they finally have been issued a marriage license and can get married in their home county,” said Soifer and Kaplan in a statement. “It’s a shame that they needed to hire lawyers and file a lawsuit to make that happen. The license … was filed, in handwriting on the existing license form, which proves that County Clerk Lang easily could have complied with the law without waiting ten days.”

Another fight may be looming in Irion County, which has its own Katie Lang-esque figure. County Clerk Molly Criner wrote an email to her fellow clerks stating her opposition to the ruling and attached a “Declaration of Obedience to Law and Defense of Natural Marriage,” over the weekend pledging to resist issuing licenses to same-sex couples “regardless of any court decision to the contrary.” Criner is seeing support from Liberty Counsel, a non-profit closely associated with Liberty University and a Southern Poverty Law Center-designated anti-gay hate group.

But no reports yet indicate that the small West Texas county, with a population of roughly 1,500 residents, has received a same-sex marriage request. Glen Maxey, Texas’ first openly gay legislator and long-time gay rights activist, has been tracking resistant counties and couples who have faced discrimination and updating progress vigorously on his Facebook page. He vaguely alludes that some “brave plaintiffs” may be planning a road trip to Irion, with the possibility of a suit to follow if the county refuses.

Relatedly, Maxey recently filed a complaint with the Texas State Bar Association, alleging Attorney General Ken Paxton violated professional conduct by disregarding the constitution when he issued an opinion in support of county clerks wishing to flout the SCOTUS ruling. Among the violations, Maxey included a conflict of interest because Paxton’s representation of his client – the state – conflicts with his own self interest in “demagogic self promotion to pander to his right-wing Tea Party” base, even at the sacrifice of other Texas citizens.

According to Maxey and LGBTQ advocacy group, Texas for Marriage, 246 Counties (97%) are currently issuing marriage licenses or at least planning to do so soon; 23 counties (9%) are planning to issue marriage licenses to same-sex couples after software changes and/or receipt of updated marriage certificates. Three counties have not been reached; five are non-compliant and uncommitted to following SCOTUS: Hamilton, Irion, Hartley, Loving, and Roberts.

The next frontier in the fight to ensure public officials don’t skirt the high court’s ruling may be against unwilling justices of the peace and county court judges, who could be picking and choosing who to marry or giving preferential treatment to some. “We hope to educate the JPs and judges soon about what the law means – you have to marry everyone or you can’t marry anyone,” said Maxey. “They need to understand that.”