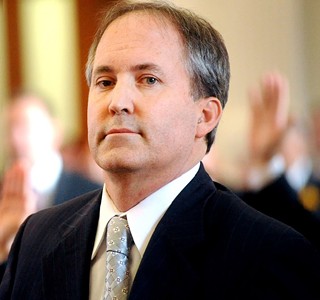 In this week's News Roundup: APD officers were involved in two shootings this weekend; Attorney General Ken Paxton faces an ethics complaint and a fraud investigation (from Houston!); BP agrees to pay damages to Gulf states for the 2010 oil spill; and more.

The first incident occurred in North Austin near the 10600 block of Golden Quail Drive, just south of Kramer Lane. Police were called to check on the welfare of an individual later identified as a white male in his twenties. Police said the person who called about him had said he was suicidal. The man had a gun held in his waistband and reportedly raised it at the officers when the two parties approached one another. Three officers shot and killed the man upon his drawing of the weapon. APD Chief of Staff Brian Manley said all three officers have been placed on administrative leave, as is standard procedure following police-involved shootings.

One hour later, police were called to the Omni Hotel downtown after someone called to report that a white male in his thirties was walking around the hotel lobby with a rifle. APD’s dispatcher reportedly heard crying and yelling in the background during the call. Shortly after, the caller told the dispatcher that the man had just shot someone in the lobby. Police showed up at the hotel at 4:51am and chased after him. One officer – a five-year veteran – shot and killed him at 4:55am. That officer has also been placed on administrative leave. Speaking at a Sunday morning press conference outside the hotel, Manley noted that APD hadn’t yet confirmed many details. "We are very early on in this investigation," said Manley. "It’s a complicated scene in there. We have very limited information to share." – Chase Hoffberger

• Friendly Fire: Attorney General Ken Paxton's legal team seems to have declared war on Houston, of all places. After special prosecutors currently investigating allegations of securities fraud announced they are set to take their findings before a grand jury this week, Paxton's people fired back. Now, if the case was being brought by the Travis County Public Integrity Unit, then he would simply slam this as being a Democratic conspiracy. However, the case is being heard in solidly Republican Collin County. How solidly? It went 65% for Romney/Ryan in 2012. So Paxton's staff had to take a different tack. Spokesman Anthony Holm attacked prosecutors Brian Wice and Kent Schaffer, saying, "Not only do they appear inexperienced as prosecutors, they are from Houston."

• Texas and BP: Gov. Greg Abbott announced the Texas participation in an agreement in principle between BP Exploration and Production Inc. and Alabama, Florida, Louisiana, Mississippi, and the federal government over the 2010 Deepwater Horizon Gulf oil disaster. The governor’s press release described the settlement as requiring BP to pay “$20.2 billion in damages in penalties” (press reports have cited $18.7 billion) paid over 15 years beginning in 2017, and continued: "This settlement will allow Texas to reinvest in the Gulf community and reinvigorate the economic and environmental health of the region." Texas is expected to received more than $750 million. Some environmental groups have expressed concern that the amount is insufficient to the continuing damage to coastal areas and Gulf waters, and that too much of the settlement is intended to aid businesses and economic damages, and too little to direct environmental mitigation. The national office of the Sierra Club released a statement from staff attorney Devorah Ancel, which read in part: "The entire Gulf ecosystem and economy was disrupted by BP's disaster, which serves as a stark reminder of the real dangers of drilling for dirty fuels, whether it is by BP in the Gulf or Shell in the Arctic. The trail of destruction left behind must be accounted for in addition to the penalties under the Clean Water Act. It's disappointing that BP isn't being held fully accountable to families in the Gulf for the totality of the damage they are responsible for." – Michael King

• Vigil for Immigration Rights: This week the 5th Circuit Court of Appeals will hear oral arguments in the lawsuit blocking the Obama Administration's "deferred action initiatives" (Deferred Action for Parents of Americans and Deferred Action for Childhood Arrivals), and pro-immigration groups will be holding press events and public rallies across the country. The Austin Immigrants Rights Coalition and allied organizations will be holding a vigil for DACA and DAPA outside the Governor’s Mansion (1010 Colorado St.) on Thursday, July 9, at 7pm, "to send a clear message against those standing against immigration reform efforts and spinning hateful rhetoric against Texas' Latino and immigrant community." – M.K.

• Tea Time is Over: Remember January, when Lt. Gov. Dan Patrick announced he was convening a board of regular folks that would help guide his policies? Six months later, and Patrick and his kitchen cabinet have agreed to part ways.

The Grassroots Advisory Board was one of two new bodies established by Patrick at the beginning of the 2015 legislative session. The first, the Advisory Boards of Private Citizens, was basically a who's who of big donors, industrial heavy-hitters, and oil tycoons like Tim Dunn and T. Boone Pickens. Its counterpart was meant to represent ordinary Texans (if those ordinary Texans happen to be Tea Party leaders). The body made headlines after calling Gov. Greg Abbott's plan for extended pre-K funding "godless" and "socialistic", but then seemingly disappeared after that. On Friday, Patrick formally wrapped it up, issuing a statement that he and chair JoAnn Fleming had "mutually agreed to dissolve the grassroots advisory board and work together as we have for the last several years on a less formal basis."

So this doesn't mean the Tea Party will no longer have access to and influence over Patrick: it just means there will be even less of a paper trail. Moreover, the 55 member Advisory Boards of Private Citizens will still have its hotline to the lieutenant governor's office. – Richard Whittaker

• Vaccines Save Lives: The journal Cancer has released a new study from researchers at the Centers for Disease Control indicating that since the introduction of HPV vaccines, "abnormal changes in the cervix that can lead to cancer have fallen dramatically among young women in the U.S." A release issued by Planned Parenthood of America on the study reported: "The study analyzed data from four U.S. states collected between 2008 and 2012. Among women aged 18 to 20, reported abnormal cervical lesions decreased dramatically over the four-year period. In California, the rate per 100,000 women fell from 94 in 2008 to five in 2012. In Connecticut, the rate per 100,000 fell from 450 to 57." (The study also noted decreases in cervical cancer screening rates, which may also reflect a rise in the recommended age for screenings to 21. "We hope this study encourages parents to learn more about the HPV vaccine and why it is so important to vaccinate their children against HPV," said Leslie Kantor, PhD, MPH, vice president of education at Planned Parenthood Federation of America. Medical guidance recommends that both girls and boys get the vaccination when they are 11 to 12 years old because the vaccine works best when people receive it before they start having sex. However, even those who have had sex can benefit from the vaccine; it is generally available for anyone aged 9-26. For more information about the HPV vaccine and preventing cervical cancer, visit plannedparenthood.org. – M.K.

• Trump Card: Donald Trump may have lost his gig on The Apprentice and his merchandise deal with Macy's over his June 16 pronouncements that immigrants from Mexico are "bringing drugs. They’re bringing crime. They’re rapists." However, it's seemingly winning him fans among potential Republican primary voters. In a June 26-28 ORC International poll for CNN, support for Trump among self-declared Republicans and Republican-leaning independents stood at 12%. That put him second behind former Florida governor Jeb Bush on 19%. What's disturbing about this is that, in a previous poll in May, the celebrity businessman only polled at 3%, and this dramatic jump came after his comments made headlines.

The ORC numbers are bad news for the three Texas presidential hopefuls. Former governor Rick Perry lags on 4%, Sen. Ted Cruz dropped from 8% in May to 3%, while Austin-born former AT&T CEO Carly Fiorina was static at 1%. Perry spent Independence Day on the campaign trail in New Hampshire, while Cruz tried to stir some interest by announcing that he has raised $14 million in the last quarter, with another $37 million swilling around in his superPAC. – R.W.