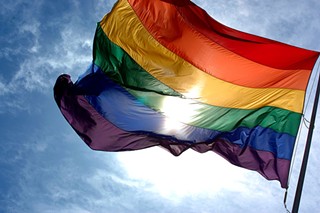 The historic 5-4 ruling, authored by Justice Anthony Kennedy, grants same-sex couples the right to marry based on the Equal Protection clause. The ruling reads, in part:

"No union is more profound than marriage, for it embodies the highest ideals of love, fidelity, devotion, sacrifice, and family. In forming a marital union, two people become something greater than once they were. As some of the petitioners in these cases demonstrate, marriage embodies a love that may endure even past death. It would misunderstand these men and women to say they disrespect the idea of marriage. Their plea is that they do respect it, respect it so deeply that they seek to find its fulfillment for themselves. Their hope is not to be condemned to live in loneliness, excluded from one of civilization’s oldest institutions. They ask for equal dignity in the eyes of the law. The Constitution grants them that right."

You can read the full ruling here.

You must bring 1) proof of identity and age (possible documents: official copy of birth certificate, driver’s license or state-issued ID card, passport, visa, military identification); 2) Social Security Number (but not the actual card) for each applicant (if the applicant has one); and $81 (may be paid with cash, or credit/debit cards, no checks accepted). Note that the fee may be waived for certain members of the military who are preparing to be deployed to a hostile-fire zone, and that the fee may be reduced for individuals who provide a certificate of completion of the Texas Twogether Program. Information on the program can be found at www.twogetherintexas.com. Additional information has been posted at www.traviscountyclerk.org and on the County Clerk's social media accounts.

Check back for updates.