Merger for EMS and AFD? 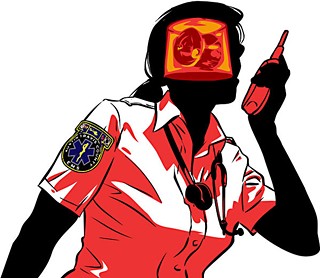 Austin-Travis County EMS Medical Director Dr. Paul Hinchey’s resignation on Friday, June 19, seemed to serve as an unofficial impetus for a conversation held Monday, June 22, at a Public Safety Committee hearing about the potential merger of ATCEMS with the Austin Fire Department.

The consolidation has been intermittently proposed since ATCEMS’ inception in the Seventies. Noting that “this is mostly just a discussion to see if we even want to look into it,” PSC Chairman Don Zimmerman brought Assistant City Manager Rey Arellano, Austin Firefighters Association President Bob Nicks, Marquardt, and Public Safety Commissioner Mike Levy before the dais to share their thoughts on the potential merger.

Arellano was brief, but Nicks, Marquardt, and Levy all agreed that the most important consideration to take into talks of any consolidation would be that of the workers involved: the firefighters and the medics. “They’re really providing the great service,” said Nicks. “The number one thing is we’ve got to do this thing thoughtfully. We can’t be forced – and I don’t think the main thing needs to be to save money. I think that will be a likely product. The main thing needs to be how we take take two really well-functioning organizations and make them even better.”

Much of the discussion centered around the greater opportunity for change at ATCEMS now that Hinchey’s headed to the private sector. PSC member Leslie Pool noted that she wanted to re-evaluate the role of the medical director and how it operates with medics. She added that she’d support a reversion to the two-paramedic staffing model, rather than the two-tiered system employed by Hinchey.