UPDATE: Abortion providers plan to take their case to the U.S. Supreme Court. “We will go up to the Supreme Court on an emergency basis,” said Whole Woman’s Health founder Amy Hagstrom Miller during a press conference call this afternoon.

Plaintiffs will first request a stay from the 5th Circuit; if (more likely, when) the circuit court denies the stay, providers plan to go directly to SCOTUS. Why did plaintiffs choose to go straight to the high court rather than appeal to the full 5th Circuit? “They’ve made it very clear that they are not willing to enforce women’s constitutional rights,” said Stephanie Toti, plaintiff attorney with the Center for Reproductive Rights. "The point [of HB 2] is to make Texas an abortion-free state," said Toti, and if this ruling holds, in many ways, it will be. The provision is expected to take effect in 22 days.

Texas will be left with an estimated eight abortion clinics for the state’s 5 million reproductive-age women, as a result of a ruling issued by the U.S. 5th Circuit Court of Appeals today.

The first three sections of the four-part abortion restrictive law, referred to as House Bill 2, have already taken effect: a rule that requires physicians to obtain admitting privileges at a hospital within 30 miles of the clinic where they perform the procedure; a rule that mandates patients follow outdated FDA protocol when ingesting abortion medication; and an abortion ban after 20 weeks of pregnancy. As a result of HB 2, the number of abortion clinics in Texas has been cut in more than half, from 41 to 17.

The much anticipated decision over the final part HB 2 comes roughly five months following oral arguments before the 5th Circuit ("HB 2 Back in Court: Judges Get Critical" Jan. 7). Uncharacteristically, a three-judge panel on the notoriously conservative 5th Circuit – all George W. Bush appointees, including two who previously upheld parts of HB 2 – delivered a refreshingly critical line of questioning during the hearing, even casting doubt over how the ASC physical plant requirements improve women's safety. However, the criticism apparently didn't translate to a favorable conclusion for the plaintiffs.

In the latest ruling, judges allow HB 2’s ASC rule to take effect, with an exceptions for McAllen (but not in El Paso, as requested by plaintiffs). “In plain terms, HB 2 and its provisions may be applied throughout Texas, except that Supreme Court precedent requires us to partially uphold the district court’s injunction of the ASC requirement as applied to the Whole Woman’s Health abortion facility in McAllen, Texas, and to uphold the district court’s injunction of the admitting privileges requirement as applied to Dr. Lynn when he is working at the McAllen facility," they wrote.

Judges continually knocked plaintiff arguments and evidence yet relied heavily on state witnesses, who were coached by a widely discredited anti-choice advocate.

Admitting that women in poverty will experience heightened barriers due to HB 2, the court finds not enough – or at least an unclear number – of women will see an undue burden. “[W]e agree with the motions panel majority: We do not doubt that women in poverty face greater difficulties. However, to sustain a facial challenge, the Supreme Court and this circuit require Plaintiffs to establish that the law itself imposes an undue burden on at least a large fraction of women. Plaintiffs have not done so here.”

Heather Busby of reproductive health group NARAL Pro-Choice Texas described the ruling as a "travesty." The 5th Circuit has, "once again put their political ideology" above the law. "Many Texans will not be able to end their pregnancies safely because they do not have the time or resources it takes to travel long distances to abortion clinics," said Busby in a statement following the decision. "My heart breaks when I think of the hundreds of thousands of Texans whose health and safety has been compromised by this devastating decision.”

A brief recap: U.S. Judge Lee Yeakel deemed the ASC rule unconstitutional in August but the state quickly appealed. The 5th Circuit then upheld the law, sending the rule into effect in October. Some 13 clinics closed their doors and sent patients and providers into a panic and a "logistical nightmare.” Plaintiffs then appealed to the U.S. Supreme Court, which temporarily halted the law on Oct. 14.

The second suit, Whole Woman’s Health v. Lakey challenges the rule that forces clinics to make costly building updates in order to comply with ambulatory surgical center (ASC) standards, which includes building janitor closets and expanding doorways. The changes could cost up to millions for abortion providers, many of which are modest, independent clinics unable to afford the hefty pricetag. (An example given during testimony: A 7,000-square-foot building would cost in the ballpark of $5 million.) Reproductive health clinics have argued these requirements are wholly unnecessary and amount to a “multimillion dollar tax” on abortion providers. The current suit also sought to strike down hospital admitting privilege requirements for clinics in McAllen and El Paso – underserved, minority-populated areas.

The rule is estimated to leave abortion care up to 500 miles away for women who live west or south of San Antonio. An estimated 1 million women will now need to travel more than 150 miles (one way) for care, with low-income and rural women, those with the fewest resources, feeling the deepest impact.

Abortion providers have the option of requesting the full court hear the case or appealing to the U.S. Supreme Court, as clinic leaders such as Whole Woman’s Health founder, Amy Hagstrom Miller, has indicated. 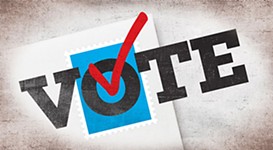