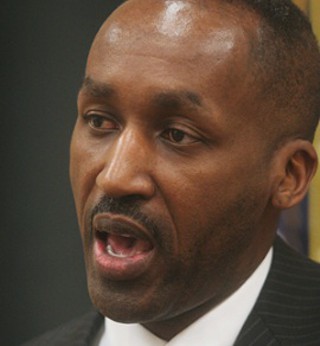 In this week's News Roundup, the Council's TCAD challenge moves forward, but without help from Travis County Commissioners; the Kellers move forward in their request to be found innocent; the Austin SSLC stays open; and more.

• Challenging Times: At its May 28 meeting, City Council decided to move forward with its challenge of commercial appraisals by the Travis Central Appraisal District, specifically by a resolution directing City Manager Marc Ott to file a challenge petition with TCAD. The process is not quite concluded – once the petition is filed, the state’s Appraisal Review Board has 10 days to schedule a hearing, and in the interim the city can share its valuation information with TCAD, which has been receptive if not convinced by the city’s recent research reflecting that commercial valuations overall have been averaging some 47% below market prices, and over 95% for unimproved tracts of land. In theory, the city has the option of withdrawing the challenge prior to the hearing.

That bailout option is in the wings because of various complications in the air, including TCAD’s skepticism concerning the city’s research. A more difficult issue, politically, may be that other area taxing jurisdictions – 100 or so area cities and towns that depend on TCAD-certified property tax revenues for their budgets – have been very skittish about Austin’s proposed challenge, because it could mean delays in tax rates and therefore income for several months or more, into 2016 (a problem for Austin’s budget staff as well).

Even more troubling was the reaction of Travis County Commissioners Court, which not only declined to join Austin’s challenge (voting 3-2 to “do nothing”), but essentially dismissed the issue as Austin’s responsibility. Precinct 1 Commissioner Ron Davis reiterated his call for the Council to enact a 20% homestead exemption as a better solution to the problem of rising property taxes. Only County Judge Sarah Eckhardt and Precinct 2 Commissioner Brigid Shea opposed the “do nothing” motion. Shea issue a press release criticizing the outcome, saying, “The Council’s bold action to seek justice for residents stands in contrast to the County’s lack of action today.” – Michael King

• Hospitals, Turbine, and Auditor: In other selected items, Council decided to move forward with an Austin Energy policy change put forward under a previous Council – moving to end discounted rates to a group of major commercial customers. They split the baby, to a degree – holding off on some discounts for six months (for more negotiation) and sparing some but not all hospital customers. Council also met first as the Austin Energy Oversight Committee and managed to convince themselves that AE’s proposal to spend $14 million on a spare turbine (and related services) for the Sand Hill Energy Center was a sensible notion, after postponing the matter the previous week. The committee recommended approval, and a few minutes into its following special-called meeting, Council voted approval.

And Council formally appointed Acting City Auditor Corrie Stokes to become the permanent auditor, at a salary of $145,000. Stokes has been with the city since 1999, received high praise from the dais – Mayor Pro Tem Kathie Tovo made the motion to approve her appointment, calling Stokes “really an asset for the city of Austin.” – M.K.

• As expected, counsel for Frances and Dan Keller filed a suggestion for reconsideration with Texas’ Court of Criminal Appeals in hopes that the court will revisit its May 20 decision to deny relief on the couple’s claims of innocence. The CCA granted relief to the couple, reversing their 1992 sentencing to 48 years in prison for sexual assault of a minor, but refused to grant the two complete innocence despite mounting evidence that the Kellers were not actually guilty of any crimes.

Austin attorney Keith Hampton’s 14-page appeal is made on the grounds that “this case has a legal, historic significance” that necessitates the CCA issue perspective and analysis in their opinion. “Applicants’ convictions were the clear product of a period of hysteria now identified as the ‘Daycare Panic’ or the ‘Satanic Panic,’” he writes. “Such periods of profound neurosis appear throughout human history and will appear again in the future. This case presents an opportunity for this Court to recognize the impact of these episodes on the administration of criminal justice so that it is known in law.” He goes on to note that the Kellers innocence is “overwhelming” and that “there is nothing in the trial court’s findings of fact that would preclude this Court from recognizing the reality of their innocence and granting relief on that basis.”

Hampton is hoping that enough of the nine judges on the CCA will be swayed to follow the lead of their colleague Judge Cheryl Johnson, who issued a concurrent opinion with the CCA’s May 20 decision that decried the charges against the Kellers – that they engaged in a series of truly bizarre satanic rituals and sexually abused a young girl who attended their day care facility – as “a witch hunt from the beginning.”

As detailed in this week’s paper, Hampton has a few options if the CCA decides to decline further reconsideration. He can file for a hearing in federal court, or wait to see what happens on the local level, where District Attorney Rosemary Lehmberg (or her successor) will have to consider whether to dismiss the charges against the Kellers or retry them – without the added benefit of Dr. Michael Muow’s testimony. The medical examiner, who testified at trial that he observed physical indications of sexual abuse on the child’s vagina, has since recanted his declarations altogether. – Chase Hoffberger