House and Senate negotiators fail to compromise on bill 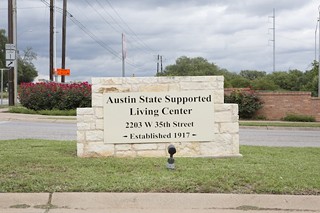 While it at one point seemed like a done deal, a bill that would have led to the eviction of roughly 200 local residents with intellectual and developmental disabilities died Sunday at the hands of House and Senate negotiators.

SB 204, a Department of Aging and Disabilities restructuring bill, would have forced the closure of the Austin State Supported Living Center by 2017 and created a commission to determine how many and which of the remaining 12 SSLCs to close. While it sailed through the Senate in April, SB 204 was met with more friction during its House debate on May 23. Rep. Paul Workman, R-Austin, offered an amendment to delay closure of the SSLC while a late-filed amendment by Rep. Susan King, R-Abilene, completely scrapped any mention of the state supported living center’s closure. The amended version overwhelmingly passed the House.

The modified legislation then fell to House and Senate conference committee members, who were unable to reach an agreement Sunday. According to a release from Workman, Hinojosa and other senators refused to accept the House changes. “I am disappointed that the House has refused to negotiate further to reach a compromise with this legislation,” said bill author Sen. Juan “Chuy” Hinojosa, D-McAllen, in a statement. “…My concern is with the health and safety of these residents.”

However, for guardians of SSLC residents the bill’s demise ensures their loved ones’ health and safety, as they consider community and group home settings unfit and even dangerous for their severely disabled family members.

“We are very pleased and very happy,” said Nona Rogers, guardian of her brother, an SSLC resident diagnosed with Down syndrome and Alzheimer’s. “We are so grateful to the legislators who really studied the issue and realized the great need for the kind of care our loved ones need.” For the past year Rogers and a small group of dedicated guardians helped spearhead a coalition that ballooned to roughly 100 activists who organized rallies against the closure and personally visited with lawmakers during the Legislative session. “We can all feel great relief now,” said Rogers. 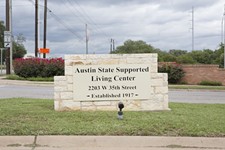 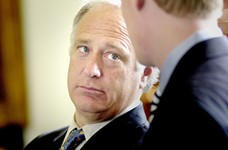