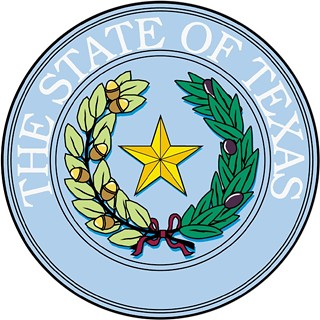 Earlier this session, a gun control activist told me, if legislative Republicans wanted to pass Senate Bill 11's campus carry rules, they "have to put some lipstick on that pig." Turns out they had just enough Rimmel, with a single amendment placating Democrats. At least SB 575, barring abortion insurance, died without debate.

Tuesday night was a pivotal deadline for the House: final day for second reading of Senate bills and joint resolutions. So as the Senate took an early bath after passing the supplemental budget (aka the money they knew two years ago they would have to spend but never put in the budget), the House plugged on, with Democrats playing the old game of chubbing.

That's when House members try to talk a bill to death, going over each and every minutiae, until the clock runs out. (In the Senate, a single senator can attempt a filibuster.) Some times it's not even about that bill: it's about something coming up later. Like, for example, SB 11 and SB 1575.

The Democrats, for the first time this session, seemingly came loaded for bear, rustling up every able and sick body they could find. Even Austin's Rep. Dawnna Dukes, who has been under intense medical attention for serious issues resulting from a 2013 auto accident, arrived wearing a neck brace. They were ready to chub until midnight. Their vehicle of choice was Senate Bill 19, the omnibus ethics reform bill. It quickly got more omnibus than, ever, with 32 filed amendments, all debated in laborious detail. That killed a few hours, and finally passed.

That vote came much to the chagrin of many right wingers, who were mad about how it cracks down on dark money spenders (like, for example, GOP sugar daddy Tim Dunn and his Empower Texans operation) and restricted recording people without their knowledge (as enacted by right wing covert taping crew the American Phoenix Foundation).

Then came the next big target for Democrats: campus carry. This was a measure piled deep with hypocrisy: While the Second Amendment argument was deployed regularly to force public campuses to accept concealed hand guns, it doesn't cover private universities, where seemingly the NRA version of the Constitution doesn't apply. With 101 amendments filed, this should have been an easy take-down. Instead, it only took one to slap on that dash of requisite lipstick. Rep. John Zerwas, R-Simonton, gave a limited version of local control, allowing regents to define gun-free areas on public campuses. The Democrats withdrew all their amendments, and that went through 101-47.

This left a little time to pass spending growth restrictions in SB 9, and call it a day. With no time left, SB 575 shuffles off into ignominy.

It's a bad night for House Republicans, who now face the inevitability of long fights with the Senate over SB 19, and discord over the softened version of SB 11. They also face new opposition: during the debate, in what one lobbyist called "a last minute cluster," somehow they managed to add private campuses to the bill, when they had pointedly been left out before. At least now they can't be accused of hypocrisy. But then, that's probably the lowest level of concern they'll have when the angry phone calls come rolling in from private schools in the morning.

But there will also be tough questions for Democrats. Yes, they killed SB 575. But with 101 amendments filed on SB 11, they could have killed that too. Moreover, a similar bill just collapsed in Nevada, so it is politically possible. Now they have to explain to every board of regents, every president (including UT President Admiral Bill McRaven, who knows a thing or two about firearms) and every student and academic group that has opposed this measure, why it passed on their watch, when the tools to stop it were there. They'll also have to explain why four Democrats – Joe Pickett of El Paso, Tracy King of Batesville, Abel Herrero of Corpus Christi, and Ryan Guillen of Rio Grande City – voted for it.