Grants summary judgment on grounds of "no evidence" 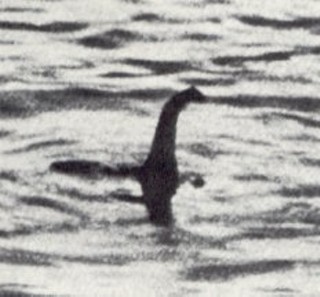 Not Available to Testify: Nessie

In the hearing today, Pressley's attorneys, Mark Cohen and David Rogers, attempted to show that sufficient doubt remained about the outcome of the Dec. 16 runoff in the District 4 election that the court should allow the case to proceed to trial, currently scheduled for July.

Casar's attorneys, Charles Herring and Jessica Palvino (seconded by attorneys representing Travis County) responded that Pressley had not in fact shown believable evidence of "mistakes" sufficient to affect the outcome, and that her fundamental argument – that "cast vote records" (as reviewed for the January recount of the runoff) do not meet the legal standard of "ballot images" – has been rejected by the courts, by common practice here and elsewhere, and by every election body charged with managing elections.

Both the judge and Casar's attorneys remarked on the enormous amount of exhibit documents generated by Pressley's team. The judge noted he declined to ask his clerks to print all those voluminous attachments. Herring, pointing to a 3 1/2-foot pile of the docs in the courtroom, most of which he described as irrelevant, called the process an attempt at "obfuscation by deforestation." At another point, he suggested the elongated case was "contributing to global warming."

Early in today's hearing, Judge Mills indicated that he was having a hard time being convinced that there was sufficient doubt about the voting process to proceed to trial on the facts. Attorney Cohen spent much of the day trying to persuade the judge that there were numerous "fact issues" still in dispute that required a full hearing. Herring and Palvino both responded that the alleged "mistakes" cited by Cohen were in fact normal operating information provided by the eSlate computer system. Herring summarized that Pressley has simply "not met the burden" of bringing sufficient evidence to suggest that the outcome might be in doubt (pending trial), and therefore the judge should grant the summary judgment based on "no evidence."

Cohen insisted that if his team were allowed more access to the eSlate system – software, manuals, expert witnesses, etc. – they could find the evidence the judge was requesting. The judge responded that he was not going to authorize a "fish and hunt and hope" expedition, unless Cohen could provide some "scintilla" of evidence that called the outcome into doubt.

At one point, Judge Mills suggested that Cohen might be allowed to ask one question of Hart InterCivic (vendors of the eSlate voting system) – i.e., can the system produce "ballot images" that would satisfy Pressley. An attorney for Hart – in the courtroom "prophylactically" … "just in case we get sucked into this" – said he would have to ask his client for a response – which in any case didn't appear to satisfy Cohen, who wanted the right for his expert – Jeffrey Jacobson, a virtual reality authority – to directly inspect the workings of the eSlate. Herring responded that Jacobson has no experience in election matters and would not be qualified to testify on the subject.

That exchange also helped prompt a passionate plea to the court from Assistant Travis County Attorney Andrew Williams, who said Travis County Clerk Dana DeBeauvoir and her staff had gone out of their way to satisfy every reasonable Pressley request under discovery, but that nothing satisfied them and the judge needed to make it clear that there must be a reasonable limit to discovery. "This is not just a fishing expedition," said Williams. "It's a fishing expedition for the Loch Ness Monster."

In the end, Judge Mills determined that a summary judgment was in order, and at Cohen's request added that his ruling "resolved all questions" so that any appeal would be more direct and straightforward.

Afterward, DeBeauvoir said she was pleased at the judge's ruling – and his realization that endlessly repeating the word "mistakes" did not mean that there were such mistakes – and that the election had been "vindicated." "If anything, the logs [cited by Cohen as 'mistakes'] proved that the system worked … exactly the way it was supposed to."

Herring said he was pleased with the ruling – "We believe the judge ruled correctly" – adding, "We hope this brings closure to Ms. Pressley, the city, the voters, and the public."

Pressley said she is disappointed, but is "seriously considering an appeal." She reiterated her belief that "cast vote records" in Travis County do not meet statutory or constitutional standards for a ballot, and that the Secretary of State does not have the authority to change that standard for electronic voting. She insisted again that because of the ballot image question, she "does not know" who won the District 4 election.

Commented Herring on the ballot image dispute: "[Pressley] disagrees with ten Texas Secretaries of State, the United States Election Standards Commission, and 100 jurisdictions in Texas. Only she believes that – no one else does."