Austin City Council members say they are “shocked” and “appalled” by comments made during a training session meant to teach city staff how to handle a female-dominated dais. 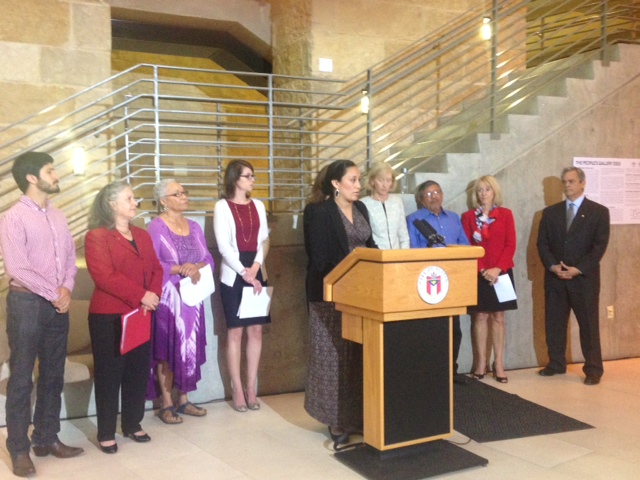 Moreover, for some Council members, the decision to invite such a speaker to address staff calls into question the overall culture of equity at City Hall.

“Some of the ideas and stereotypes that were expressed are both troubling and, to many in the community and ourselves, insulting,” said District 5 Council Member Ann Kitchen, joined by other Council members (with the exception of District 6’s Don Zimmerman, who had a previous engagement) and Mayor Steve Adler, during a noon press conference at City Hall. “Whether you believe women are from Mars, Venus, or Jupiter, talking about men basing decisions on facts and women on emotions is frankly outdated and highly unprofessional … I was stunned when I [learned of the session] and amazed we are even having this conversation today.”

Jonathan K. Allen, who previously served as city manager of Lauderdale Lakes, Florida, led the two-hour training session held in March. Allen was asked to address staff due to his experience working with an all-female commission – Allen was fired in April by a female vice mayor with the support of two female commissioners for harboring a vision that did not align with city’s top officials. Austin city management also invited Dr. Miya Burt-Stewart, head of a business development and marketing firm, to speak to city staff, as the Austin American-Statesman first reported. The session sought to address members of a partner organization under the title “Women Leading in Local Government.” According to the city, the intent of the training – now laced in embarrassing irony – was to bolster the “principles regarding diversity in the workplace,” and how staff might apply those principles in “light of the changing dynamics” of the new 10-1 Council system.

Among the pieces of sexist advice doled out to staff: Women council members are “less likely to read agenda information” and instead ask a lot of questions (an observation Allen derived from dealing with his 11-year-old daughter), and have an aversion to dealing with numbers and the budget. Citing Men Are from Mars, Women Are from Venus, women act on emotion, while men act on facts, and women want to communicate more than men, speakers claimed.

“I was a combination of shocked, appalled, and speechless,” said District 2 City Council member Delia Garza. “…The characterization of women as not having an interest in financial arguments, asking too many questions, and requiring different interactions than men is unacceptable – our community is beyond the archaic rhetoric used in these trainings.”

“…This training instead should have focused on constructive topics on the new system of government, not used as a way to marginalize half our population with outdated perceptions of women,” she continued.

All seven female Council members, including Ora Houston, Kathie Tovo, Leslie Pool, Ellen Troxclair, and Sheri Gallo, also took to the podium to denounce the session and criticize the mansplaining. Guess what? Numbers aren’t a problem for women – in fact, they oversee massive city budgets, run businesses, and lead economic policy. Guess what? Women ask a lot of questions, but so do all Council members – especially new ones – regardless of gender. The trainers' comments were far from being in line with Austin values, failed to meet standards expected of city leadership, and reinforced negative stereotypes that send the wrong message to future female leaders, Council members firmly reiterated. And taking a proactive approach, Tovo said the incident can be seen as a “clarion call” to ensure more women are not just on Council, but fill more leadership roles at City Hall (in city departments, city boards and commissions, and upper-level management).

So who thought it a grand idea to invite a speaker to peddle tired sexist tropes? That seemed a little hazy. City Manager Marc Ott and Adler said they were not aware of the training session comments until reading about it in the daily. Ott said he was “personally offended and embarrassed” by the speaker’s “unexpected” words and took full responsibility, apologizing during and after the press conference. He attributed the fiasco to an oversight failure – proper vetting of the speaker failed to take place. While Ott took the bulk of the heat, the invitation itself appeared to come from Assistant City Manager Anthony Snipes – who, according to Ott, was “disappointed” and “surprised” by Allen’s speech. However, in introducing the speakers during the March 27 meeting, Snipes said he had heard a previous presentation by the speakers. "I had the opportunity to hear Jonathan do this presentation, I said, man, that's interesting… We really need to get you to Austin," said Snipes.

Following the press conference, Tovo said she is inquiring with the city manager’s office for more clarity on the impetus for the session and the decision-making process that led to choosing Allen.

In the meantime, Council members are left doubting upper management’s commitment to fostering an inclusive atmosphere. Both Kitchen and Pool said the ordeal has raised questions about the city’s culture and level of transparency. “I have to question the culture that allowed such a training session to be considered along with the fact that no Council office was aware such a session occurred,” said Pool. Asked by the Chronicle to comment on equality being called into question, Garza responded, “This is the first time I really felt that there might be an inequity, but I think it does speak to the fact that maybe there is some cultural aspect we are unaware of, and this brings attention to it.”

“This is the first time I feel like I’ve been treated differently because I was a woman,” she continued. “And the amazing thing is, I am a former firefighter, and the first time I’ve felt it is working here.”

The City Manager’s office has decided to remove the "Women Leading in Government" video (previously posted here) from the city’s website. If the public would like to view the session, they must request the content from COACommunications@austintexas.gov. Additionally, the Chronicle has retained a copy of the video:

Why’d they take it down? Once city management became aware the “inappropriate” content “wasn’t consistent with the city or the organization,” they chose to remove it in an effort to prevent uncontextualized viewings, City of Austin spokesperson David Green, tells the Chronicle. “A lot of people viewing it now are viewing it in context of the stories and statements by the city. But what we don’t want is people to see this video later on or arbitrarily without the context surrounding it and assume it’s reflective of the city. It’s not an attempt to hide anything – we are still making it publicly available,” said Green. “We just want to make sure people understand it’s not reflecting the city’s values at all.” 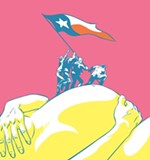