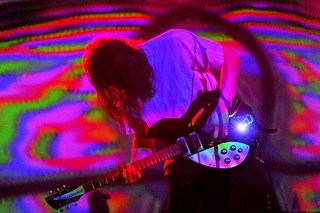 In this week's News Roundup, the Lege tries to keep Texas anti-gay; Council gets bogged down in board and commission nominations; Travis County Commissioners look into curfews for Carson Creek fests; and more.

• Before you applaud the Texas Legislature for advancing marijuana bills this session, remember they’re also advancing a heap of hate-fueled measures: This week the overwhelmingly conservative Lege is set to vote on a duo of their more than 20 filed anti-LGBT bills.

Today, Monday, May 11, the Senate plans to debate SB 2065 by Sen. Craig Estes, R- Wichita Falls, which would allow religious organizations and those employed by them, clergy, and ministers to deny marriage services, accommodations, facilities, and sale of goods related to marriage if to do otherwise would violate "a sincerely held religious belief" (see “Bill of the Week: SB 2065," May 8). LGBT advocacy groups said they would go so far as supporting the bill if Estes included an amendment to ensure clergy could not discriminate in secular roles, but the addition has yet to be approved.

And on Tuesday, the House is expected to take up HB 4105 by Rep. Cecil Bell, R-Magnolia – the first anti-LGBT bill scheduled for a House floor vote this session. Bell’s measure would prohibit state or local funds from going toward “an activity that includes the licensing or support of a same-sex marriage,” and prevents any state or local employee from recognizing same-sex marriage licenses – a pointed attack on marriage equality and the marriage of Austin residents Sarah Goodfriend and Suzanne Bryant, who received their license from Travis County Clerk Dana DeBeauvoir in February. With nearly 80 co-sponsors in the House, it’s a safe bet the bad bill will sail right through. However, it’s unclear how the expected June U.S. Supreme Court ruling on same-sex marriage would impact the potential law, scheduled to take effect in September, if passed by both chambers. “House Bill 4105 is discriminatory, and this attempt to create a barrier against the direction in which Texas and America is heading is shameful, backwards and mean-spirited,” said Nick Hudson, state director of Texas for Marriage, in a statement. – Mary Tuma

• All This, and Equity Too: Two contentious matters took up most of City Council’s regular meeting on May 7, and the headlines thereafter: 1) the latest round of arguments over District 6 Council Member Don Zimmerman’s board and commission nominees, and 2) the Central Texas Regional Mobility Authority proposal to add a major South MoPac expansion to the CAMPO 2040 Plan. The first took up all of the morning, and ended in rejection of Antonio Buehler for the Public Safety Commission (for more on that, see "Council Says 'No' to Buehler," May 8) and of Jaime Mendoza for the Commission on Immigrant Affairs. Squeaking through to approval after some questioning of her support for the online women-harassing movement GamerGate was Mackenzie Kelly for the Commission on Women (“I don’t support harassment or doxxing,” she told Council).

The MoPac debate – specifically, over a Council resolution asking for study of all possible alternatives before adding a double-deck, four toll lanes, and a major flyover to the MoPac interchange with Cesar Chavez Street, to construction projects proposed in the Capital Area Metropolitan Planning Organization 2040 Plan – took up most of the afternoon and evening. Witnesses argued that the project is over-ambitious, ineffective, designed primarily for wealthy commuters, and damaging to the lakefront, Zilker Park, and Austin High School. Supporters, primarily southern and western residents, said expansion is badly needed and could be adequately designed, and questioned the resolution’s language tied to the equally contentious plans for construction of Highway 45 SW. In the end, Council approved a substitute resolution (proposed by Mayor Steve Adler) that asked for a full study that would consider all possible alternatives before adopting the four-lane, flyover project.

In other matters, Council:

• Approved a reconfiguration of the Mueller Neighborhood “Implementation Advisory Commission”;

• Created an “equity working group” to monitor equity issues concerning racial disparities in health outcomes and other matters, during the budget process;

• Travis County Commissioners went into executive session on Tuesday, May 5, to discuss options for a revamped process on permitting mass gatherings within the county. The modern standard, which operates under Health and Safety Code 751, currently dictates that one must apply for a permit to hold an event within the country that attracts more than 2,500 persons or more than 500 if 51% of more of those people might be younger than 21-years-old, with set standards for hours of operation that don’t fully infringe on one’s ability to throw a party late at night. But complaints filed about Carson Creek Ranch and its three spring festivals – Euphoria, Untapped, and Levitation – by neighboring property owner Brenton Johnson of Johnson’s Backyard Garden has put the curtain times of those future festivals in doubt.

CC Ranch manager Joan Havard learned in April that Commissioners have spent the spring considering a change to the permit process that would restrict hours of operation for each festival, with the likely outcome involving earlier curfews (this weekend’s Levitation Fest had DJ sets starting at 1am). In early April, she told the Chronicle that County Judge Sarah Eckhardt was considering cut-off times of 10pm Sunday through Thursday and midnight Friday and Saturday, but options remained on the table when County Commissioners went into executive session last week. They’re set to revisit the subject two meetings from now, on May 19. – Chase Hoffberger

• Rashad Owens made a brief stop in Travis County’s 147th Criminal District Court on Friday, saying nothing as Judge Cliff Brown set plans for another pretrial hearing on June 15. He said he doesn’t have a date set for the beginning of the trial, but unofficially eyes the first weekend of November for its commencement. Owens is accused of killing four and injuring 20 more when he drove his car through a barricade March 2014 at South by Southwest. – C.H.

• Austin may have moved its elections to November, but there were plenty of results in smaller municipalities, ISDs, and utility districts around Travis County on Saturday.

Among dozens of races in smaller jurisdictions, many drawing only a few hundred votes, higher profile results included: Chris Fielder retaining the mayorship of Leander; Rita G. Jonse achieving the same in Manor; and Eanes ISD voters approved a $52.5 million bond package, after rejecting an $89.5 million request in 2014. Turnout was predictably minuscule in these low-profile races, with only 2.75% of voters making it to the Manor ballot box, even though there were three council seats and 27 propositions up for votes.