Adler's First "State of the City"

Inaugurating the new Austin ISD Performing Arts Center in the Mueller neighborhood, the Mayor of 100 Days asked his large, enthusiastic audience to join him in making Austin "a truly great city for all of us." He was preceded by slam poet Christopher Michael, singer Max Frost, AISD Supt. Paul Cruz, and student Valentina Tovar. 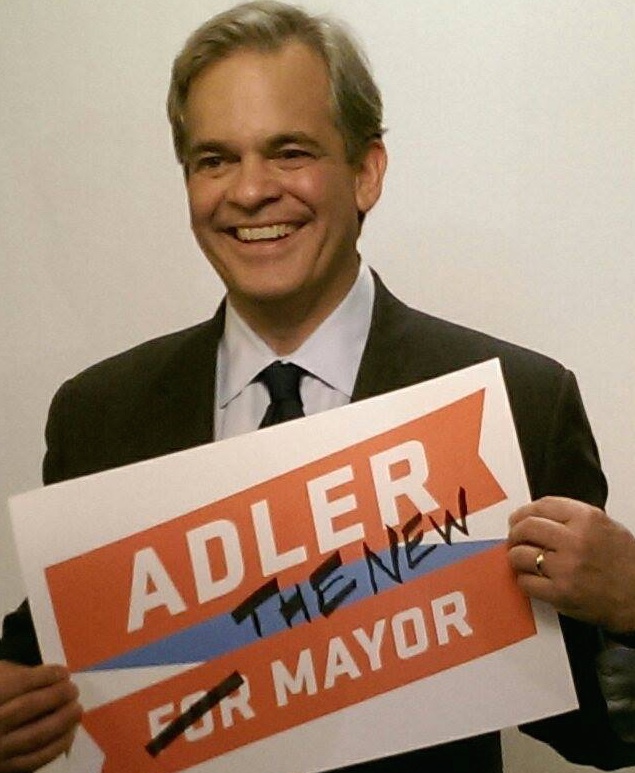 In what sounded at first very much like the candidate's standard campaign stump speech – heavy on "change" and "the city's at a tipping point" – Adler eventually moved toward a list of specific challenges to which he posed a variety of solutions. While insisting on "trial and error" and noting that he welcomes all ideas ("including weird ones"), he praised the new 10-1 City Council for revising its organizational structure to allow more reflection, transparency, and "ending meetings before midnight."

He addressed mobility, affordability, inequality, and summarized Austin's advantages ("the state of the city is very strong") and its predicament in three recent national rankings: The best city for the tech industry, the best city for wildlife, and the large city with "the greatest economic inequality," which "we have a fundamental and moral responsibility to fix."

The mayor suggested a broad group of solutions for the various challenges facing the city, most of which are familiar: e.g., that we cannot "pave our way" out of traffic congestion, but must find ways to get vehicles off the roads, noting the city's just-announced effort to reduce city rush-hour commutes by 20% (via staggered hours, telecommuting, and other methods), and he challenged the county and state to do the same. And he called on the city to make a greater effort on affordable housing, at all income levels and stages of life, and more specifically to push forward with reforms of the development codes (i.e., CodeNEXT).

Describing his working principles as "inclusion, innovation, and intentional improvisation," Adler's newest suggestion was to develop a municipal savings bond program modeled on U.S. Savings Bonds: "the city that can first work that out will have a jump on the whole country." He acknowledged that the idea is still in the development stage, but he challenged his audience to be ready to invest in the city as citizens have traditionally done in the nation.

He also reiterated his campaign call for a 20% homestead exemption on city property taxes, noting that the City Council had recently passed a resolution directing the city manager to begin reviewing the budget for ways to accommodate that proposal (estimated to cost $36 million annually). And he insisted that the other programs sketched out in the speech – on mobility, traffic, development, permitting, even hiring additional staff for traffic/signal monitoring – could be accomplished without much new spending.

Apparently, they had better be. In response to the Council resolution on the homestead exemption, all non-enterprise city department heads have received a March 24 memorandum from Deputy Chief Financial Officer Ed Van Eenoo, directing them to "develop a list of budget reductions totaling 5% of their FY16 Forecasted General Fund Budget." Those lists are due at the Budget Office April 17, for review before eventual presentation to Council. Van Eenoo added, "Departments should thoroughly analyze operating expenditures to identify opportunities where reductions can be made with the least impact possible to core services."

How those cuts will correspond to the mayor's simultaneous call for expanded services – most specifically, in public safety response to traffic congestion, and in radically upgrading development and permitting review – very much remains to be seen.

Look for more coverage of the mayor's State of the City address in this week's print edition. The mayor's prepared text – from which he deviated somewhat in delivering – is available here. The address was also livestreamed on ATXN.TV, and will be archived online.