AFD and Libraries grilled and postponed

Last Thursday’s City Council meeting followed the recent pattern: grilling the department heads over routine proposals, mulling over money matters, and punting to committees for more of the same. And a few fault lines were highlighted in the process. 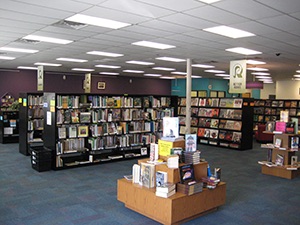 The highest profile items had to do with administrative staffing at the Fire Department, and a lease renewal at Recycled Reads on Burnet Road. Neither discussion went smoothly.

Austin Fire Department Chief Rhoda Mae Kerr had proposed the creation of two new division chiefs, specifically to oversee “special operations”: wildfire, community outreach, hazardous materials, ABIA, water rescue – without much effect on the current budget. But the discussion quickly moved to questions of overall AFD staffing, the Dept. of Justice consent decree, and District 6 CM Don Zimmerman’s impatience with AFD’s wildfire response status. Kerr noted that additional delay could upset the current promotional lists – which expire periodically – but Council moved to delay a week, and in the meantime take another look in the Public Safety Committee (chaired by Zimmerman).

Council wrestled mightily with the lease renewal on the Library’s nationally recognized, award-winning Recycled Reads resale shop (which also offers multiple other programs), with both Zimmerman and District 10 CM Sherri Gallo complaining that the program “loses money” (about $220,000 a year, by strict accounting) – a curious standard for a city library, and not likely to be applied to any other city department. Zimmerman complained that private businesses (e.g., Half-Price Books) already provide such a service, although what that had to do with de-accessioning of overstocked and donated library books (and simultaneously keeping them out of the landfill, presumably an unaccounted-for money saver) was unclear – should the Library just donate weeded books to Half-Price? D7 CM Leslie Pool stoutly defended the program (“should be recognized rather than have this program be put under questioning that seems to have as its basis a question for its very existence”).

• Authorized construction of a pedestrian bridge – for emergency use only – related to the ongoing Shoal Creek Walk project, between West 5th and 6th Streets at Bowie

• Appointed an interim Municipal Clerk, with a standard 10% salary increase for the interim period (salary policy referred to committee)

• Approved eminent domain proceeding for waterline easements at the Springdale/290 Improvement Project, and another for the Waters Park Relief Main Project

Coming this week (April 2): A proposal to regulate restaurant and food truck “smoke emissions” near residential areas. Translation: a couple of neighborhoods are complaining about nearby bbq smokers, and Council wants to draw a line in the smoke between homeowners and Texas meat lovers.

Good luck with that.

*Correction: This passage originally reported, in error, that the Recycled Reads lease was amended by Council to a one-year lease, yet to be negotiated. The passage has been corrected.