Austin Finally Gets a Planetarium (Sorta)

Stargazers get home in Cedar Park, but still looking Downtown Advocates for science education have spent years bemoaning the fact that Austin is the biggest city in America with no public planetarium. Now, after years of work from the Austin Planetarium group, it's finally happening. Well, mostly. The Texas Museum of Science and Technology will open on March 20 in Cedar Park.

The surprise news came Sunday from Executive Director Torvald Hessel, who said the name has been changed to reflect the true direction of the project, which is broader than just astronomy. In a statement, Hessel said, “We will show exhibits from various sciences and host traveling science and technology exhibits from all over the world as well as feature a planetarium."

The interim home will be at the 30,000 square foot SoccerPlex indoor football facility on Toro Grande Boulevard, with the 35 foot ceilings that the museum will require. The plan has always been to find a home in Austin proper, with the lot at 1800 Congress, opposite the Bob Bullock Texas State History Museum and the Blanton Museum of Art, as a prime contender. In 2012, the non-profit was part of a proposal by construction firm KUD International to build a 47-story residential/mixed use tower at the corner, but that project crashed to Earth when there was pushback against commercial exploitation of the Capitol Complex. Hessel called this move to the suburbs simply a real estate question. “The ideal facility we were looking for needed to be large enough with ceilings high enough to accommodate a planetarium, and after a lengthy search we found the perfect building in Cedar Park.”

It's undeniably a big get for the dormitory community, and Mayor Matt Powell said the city was "excited" to host TXMOST (even if it is only a temporary arrangement). He said, "Science museums play a major role not only in providing an educational entertainment option for families, but also in delivering STEM-based resources to get kids excited about science, engineering, and the world around them.”

The group already has a mobile planetarium, but their interim facility is intended to serve several functions. Not least of these validating that there is a real demand for a science museum in the capitol area, which they hope their target of 200,000 to 300,000 visitors will prove. In addition to providing a new revenue stream, the group hopes to create a proven record that can serve as the launch pad for a fundraising campaign for a permanent facility. As of 2012, they had already raised $30 million – a large amount of money, but still only a fraction of the estimated $75 million minimum they'll need to build a state of the art facility (and that figure does not include buying the land).

While Hessel makes it clear this is not the end of their Downtown aspirations, it's still a big step forward for the Austin Planetarium group, which was founded in 2003 with the intention of filling a major gap in Austin's educational opportunities. It's not just that Austin is the biggest city in America without a planetarium: It's the only one in the top 50 that doesn't have one. Even within Texas, it's a surprising list that beat Austin to the celestial punch, including Corsicana, Gainesville, Killeen, Lubbock, and Tyler.

The museum has launched a new website, www.txmost.org, and will be part of Amplify Austin's I Live Here, I Give Here initiative on March 5. 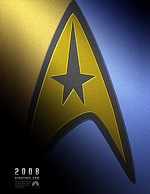